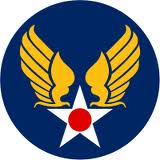 Kingston W. Fairclough 89, of Williamsburg, VA passed away Wednesday, September 05, 2012, at his daughters home in Monroe Twp, NJ. Born in Paterson, NJ Kingston lived in Livingston, NJ with his wife Margaret where they raised a family of 5 daughters and 1 son, later moving to Williamsburg, VA in 1988. Mr. Fairclough was an Army Air Corps Veteran of World War II. He worked as a Marketing Executive for Inter-Royal Corp. in New York City. Kingston was a past member of the Northfield Baptist Church, Livingston, NJ for 37 years and Williamsburg Baptist Church, Williamsburg, VA. He was predeceased by his wife Margaret Prehatney Fairclough. Surviving are his children: Judith Leschek, of Monroe, NJ; Lynda and Steve Venetos, of Washington Twp, NJ; June E. Fairclough and Robert Hackos, of Whiting, NJ; Margaret and Patrick Baggott, of Leawood, KS; Barbara and Terrance Crowley, of Old Lyme, CT; Kingston and Marilyn Fairclough, of Hillsborough, NJ; brother Dr. Burdett Edgren, of Greeley, CO; 9 grandchildren – June Leschek, Peggy Leschek Campbell, Nickolas and Melanie Venetos, Brian Baggott, Meagan and Shannon Crowley, and Philip and Andrew Breese-Fairclough; and 5 great grandchildren, Liam, Grace, Dylan Baggott, Madison and Alexis Breese. Funeral arrangements were private and under the direction of the Holmdel Funeral Home, Holmdel, NJ In lieu of flowers, the family requests donations in Mr. Fairclough's name to either Haven Hospice of NJ or the American Diabetes Association.

To leave a condolence, you can first sign into Facebook or fill out the below form with your name and email. [fbl_login_button redirect="https://wbhfh.com/obituary/kingston-w-fairclough/?modal=light-candle" hide_if_logged="" size="medium" type="login_with" show_face="true"]
×