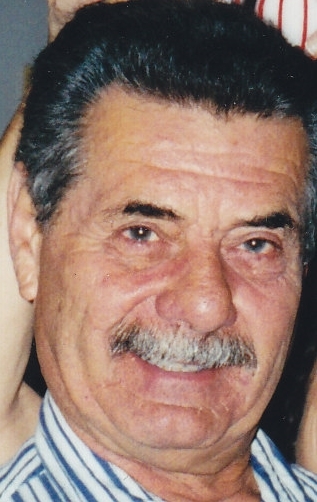 Larry Russomanno made his transition from the physical world at his home on August 1, 2015. He was born in Newark, NJ on September 22, 1940 and came to West Long Branch with his family in 1948. He learned his profession of heavy equipment operator working in the family business, T.G. Russomanno Contracting Company and was a long time member of the Local 825 Union of Operating Engineers. Larry has been married to Janet Hollingsworth since 1976 and they have one son, Laurence T. Russomanno. After his retirement in 2007 Larry enjoyed riding his Harley with his son, and often with the Monmouth Shore Points Motorcycle Club. An avid antique car enthusiast since his teen years he belonged to the Antique Motoring Club of Monmouth County. He was proud owner of a 1931 Model A Ford Coupe, â€œHenryâ€ and the recipient of many best in show and first place trophies. Additionally, Larry was inventive, creative and adept with his hands; able to build, fix or renovate anything structural, mechanical or electrical, a skill he passed on to his son. Larry is predeceased by his parents, Thomas G. and Mary Russomanno, and brother Thomas Jr. He is survived by his loving wife Janet of Long Branch, his son Larry, daughter-in-law Sandy and beautiful granddaughter Adriana of Eatontown, and his sister, Lauretta Russomanno of Miami, Florida, sister-in-law Lisa Hollingsworth, niece Tiffany Hollingsworth, Long Branch and nephews Graham Hollingsworth of Queens, and Ronnie Hollingsworth, Eatontown and his beloved chocolate Labrador retriever Dozer. Relatives and friends are invited to visit from 5 pm to 8 pm on Wednesday, August 5, at the Woolley-Boglioli Funeral Home, 10 Morrell Street, Long Branch. In lieu of flowers please consider a contribution in Larryâ€™s name to the Monmouth County SPCA, a Pet Rescue of your choice or the American Cancer Society. To share a favorite memory of Larry or leave a message of condolence please visit Larryâ€™s Book of Memories at www.woolleyboglioli.com.

To leave a condolence, you can first sign into Facebook or fill out the below form with your name and email. [fbl_login_button redirect="https://wbhfh.com/obituary/laurence-neil-russomanno/?modal=light-candle" hide_if_logged="" size="medium" type="login_with" show_face="true"]
×