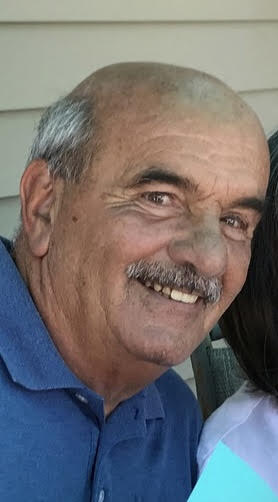 Lawrence “Larry” Lucisano of Wanamassa died Sunday at the age of 76 after a brief but fierce battle with cancer.  He was surrounded by his wife, Barbara, and daughters, Amy and Rachel at the time of his passing.

Born and raised in Red Bank, NJ, Larry graduated from Red Bank High School.  He has resided with his dear family in Wanamassa, NJ for the last 44 years.

Larry was a force of nature.  All who knew him could not help but be touched by his enthusiasm for life, his vitality, and his vibrant sense of humor.   He was a passionate fisherman – at sea was his favorite place to be – and an avid hobbyist, good at so many things – golf, poker, cooking, pool, surfing, baseball, football, and bocce ball among others.  He sought adventure at every stage of life, having served two tours of duty in the Navy, seeing the world, spent two years as merchant marine, and traveled widely with his wife, Barbara.

A man of many trades in his early years, Larry was a roofer, painter and handyman.  He owned and operated Lucisano’s Pizzeria in Red Bank for ten years, and has worked as a realtor for the past 30 years.

Larry was at heart a family man and a generous soul.  He was a kind, loving and devoted husband, father, grandfather, brother, uncle, cousin and friend.  He was proudest in his role as a father and grandfather and had a special place in his heart for his nieces and nephews.  He cherished his friends dearly.  He had an endless capacity to love full heartedly and unconditionally.  And he was, always, unabashedly, himself.  His family and friends will continue to honor his legacy by living their lives to the fullest.

Larry’s life will be honored in a service at Congregation Torat El – 301 Monmouth Road, Oakhurst, NJ –  on Wednesday, December 15th at 11am.  Following the ceremony he will be buried at Beth Israel Cemetery in Woodbridge, NJ.   The family will sit shiva at Barbara’s home after the burial and on Thursday, December 16th from 1-4 and 6:30-8:30.  Vaccinations and masks will be required while indoors.  Alternatively, you can join the service via zoom at torat-el-org/worship/livestreaming/

In lieu of flowers, donations may be made to the Cancer Research Institute; www.cancerresearch.org.

To leave a condolence, you can first sign into Facebook or fill out the below form with your name and email. [fbl_login_button redirect="https://wbhfh.com/obituary/lawrence-larry-d-lucisano/?modal=light-candle" hide_if_logged="" size="medium" type="login_with" show_face="true"]
×