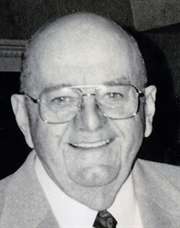 LeRoy J. Herbert a Certified Public Accountant who played a key role in the global rise of Ernst & Young (E&Y), died Thursday November 22nd at his home in Monmouth Beach, New Jersey. He was 89. Mr. Herbert began his professional career in 1950 as an auditor in the Baltimore, MD office of Ernest and Ernest, then one of the 'Big Eight'accounting firms. In 1970, he was named the Senior Partner-in-Charge of International Operations and given responsibility for expanding the firm's operations overseas. In 1979, he became the first Executive Partner of Ernst& Whinney International (EWI), a new entity that knit together accounting firms in 71 countries in Europe, the Middle East, Africa, Australia, the Far East, South America and North America. Over the next 13 years, Mr. Herbert managed the integration of the EWI's growing network of offices, establishing or expanding partnerships on every continent except Antarctica. He led the complex negotiations that enabled EWI to become the first foreign accounting firm to open an office in the People's Republic of China. Upon his retirement in 1983, EWI employed 21,000 people and had 300 offices in 70 countries. In 1989, the merger of EWI, then the world's fourth largest accounting firm, with Arthur Young International, the fifth largest, resulted in the creation of Ernst & Young. Today, E&Y has 695 offices in 140 countries. Mr. Herbert returned to New Jersey where he began a second successful career as a dealer in antiques and fine art. In addition to establishing LJH Galleries in Red Bank, N.J., he served as chairman of the board of the Monmouth Medical Center Foundation, and helped guide the merger of that hospital with St. Barnabas Health Care Services, New Jersey's largest non-profit health care network. He was born August 3, 1923 to Leroy J. and Edna Herbert of Long Branch, N.J. He graduated from Long Branch High School in 1941 and enlisted in the U.S. Army at Fort Monmouth, where he was assigned to break codes during World War II. After receiving an honorable discharge in 1946, Mr. Herbert earned a Bachelor of Science Degree in Accounting from the University of Maryland and joined the Baltimore, Md., office of Ernst & Ernst. He was a Certified Public Accountant in New Jersey, New York, Ohio, Tennessee, Louisiana, North Carolina and Virginia. He was also a member of the Australian Society of Accountants, the Hong Kong Society of Accountants, and the South African Institute of Chartered Accountants. In Britain, he was authorized by the United Kingdom Board of Trade to carry out audits under the U.K. Companies Act. As a member of the American Institute of Certified Public Accountants, (AICPA), Mr. Herbert led efforts to strengthen international accounting standards and governance practices. He chaired the AICPA International Practice Executive Committee, the U.S. Delegation to the Accountants International Study Group, and served as the AICPA Representative on the Executive Committee of Asian and Pacific Accountants. Mr. Herbert was a strong supporter of his college alma mater and a member of Beta Alpha Psi. He was a Charter Member of the Board of Directors and Treasurer of the University of Maryland Foundation, and a Charter Member of the Board of Visitors of the College of Business and Management at the University. In 1980 he received the Distinguished Alumnus Award of the College of Business and Management, University of Maryland. Mr. Herbert served four years as Chairman of the Monmouth Medical Center Board of Trustees and the Monmouth Medical Center Finance Committee, and was a Trustee of the Monmouth Medical Center Foundation. He was also a member of the St. Barnabas Health Care System (SBHCS) Corporate Board, and a member of the SBHCS Finance and Investment Committee. In both positions, he helped guide the growth of New Jersey's largest health care network. Mr. Herbert was a consistent advocate of philanthropic and public service causes in Monmouth Country. He served on the boards of the Brookdale Community College Foundation and the Ronald McDonald House of Long Branch and provided funding for various projects, including the cardiac catheterization laboratory and the Leon Hess Cancer Center at Monmouth Medical Center. In 1991, he was inducted into the Long Branch High School Distinguished Alumni Hall of Fame, and received the Long Branch Chamber of Commerce Libutti Award for Community Service. As a youth, Mr. Herbert sang in the choir at St. James' Episcopal Church, Long Branch, where he was a life-long communicant and served on the vestry. He served on the board of the Rotary Club Foundation and was a member of Long Branch Rotary Club; the Harpoon and Needle Club, Long Branch; the Deal Golf and Country Club, Deal; the Union League Club, New York City; The American Club, London; and the University Club, Baltimore, MD. Mr. Herbert, who never married, is survived by four cousins: James P. West of Jupiter, Fla., Kelley M. West of Palm Beach Gardens, Fla., Thomas W. McGee of Miami, Fla., and Frank J. McGee of Annandale, Va. Visitation will be Tuesday, November 27th, 2 to 6 PM at the Woolley-Boglioli Funeral Home, 10 Morrell Street, Long Branch. Requiem Mass will be Wednesday November 28th, at St. James' Episcopal Church, 300 Broadway, Long Branch. Entombment will follow at the Herbert Family Mausoleum, Woodbine Cemetery, and Oceanport. In lieu of flowers, the family asks that you consider making contributions in memory of Mr. Herbert to the Monmouth Beach First Aid Squad Storm Recovery Fund, at 26 Beach Road, Monmouth Beach, NJ 07750. You may also light a candle of condolence by visitingwww.woolleyboglioli.com.

To leave a condolence, you can first sign into Facebook or fill out the below form with your name and email. [fbl_login_button redirect="https://wbhfh.com/obituary/le-roy-herbert/?modal=light-candle" hide_if_logged="" size="medium" type="login_with" show_face="true"]
×