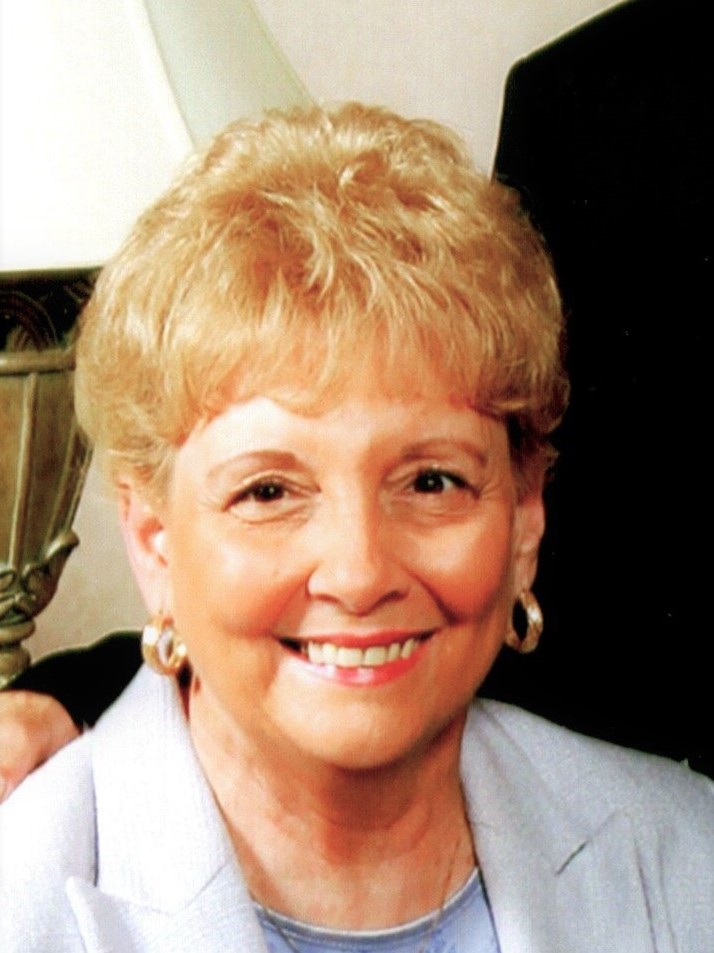 Loretta lived in Shrewsbury Township and attended Red Bank High School. She remained in very close contact with her many friends from her High School days. Loretta was very beloved and will be extremely missed.

In 1965, she married Edward Stominski of New Shrewsbury at St. Anthony of Padua in Red Bank. After residing briefly in Shrewsbury Township, they built their own home in Eatontown. She resided there until her passing some 52 years later. She had an 11 year career in the banking industry. She served as teller for 11 years rising to be the head teller at Midlantic Bank on Wyckoff Road.

During the 55 years she lived in Eatontown, Loretta was a devoted wife who was always at her husband’s side whether in business or in politics. When Ed was working with J.C.P & L. in public relations, she would accompany him to countless functions bringing her special laughter and warmth.

When her husband entered politics, she was a fixture in his campaigns. She would make phone calls, organize fundraisers, and help in so many other ways. She was from 1981 until 2004 she worked tirelessly for Ed and his running mates. During those years she served as a Monmouth County Republican Committeeperson. She was an avid bowler for many years.

When Ed was chosen to serve on the Monmouth County Board of Chosen Freeholders in 1995, she jumped right into County G.O.P. politics. She was at every event whether Ed was a candidate or not. She loved being at these events where her goodhearted nature was a beacon, drawing in friends around Monmouth County.

She was an active parishioner at St. Dorothea’s where she volunteered on several committees. She was always volunteering at the Eatontown Senior Community Center. Because of her love of animals, she volunteered at the S.P.C.A. located in Eatontown.

Visitation Wednesday, August 12th 4:00 – 8:00 pm at the Woolley-Boglioli Funeral Home, 10 Morrell Street, Long Branch.  Mass of Christian burial Thursday, August 13th at St. Dorothea’s RC Church, 240 Broad Street, Eatontown.  Burial to follow in Woodbine Cemetery, Oceanport.  In accordance with Covid19 restrictions by the State of New Jersey, 100 people will be admitted to the funeral home at a time. Masks are required to enter the funeral home. For messages of condolence please visit Loretta’s page of tributes at www.woolleyboglioli.com.

To leave a condolence, you can first sign into Facebook or fill out the below form with your name and email. [fbl_login_button redirect="https://wbhfh.com/obituary/loretta-nadeau-stominski/?modal=light-candle" hide_if_logged="" size="medium" type="login_with" show_face="true"]
×