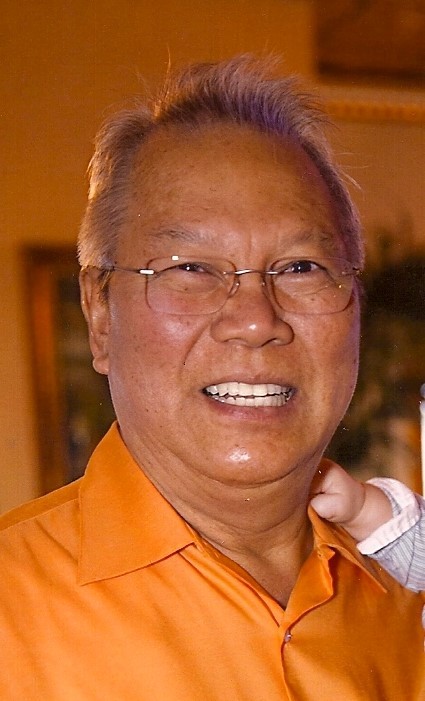 Ludevico C. Quinsay, 67, of Holmdel, passed away peacefully at home on Wednesday, May, 20, 2015. Ludie was his American nickname but he was also affectionally called Luvin by our barkada (Filipino word for close knit group of friends). He was born in Pangasinan, Philippines and immigrated to the United States in 1971. His first employment as a registered nurse was in Harlem Hospital in NYC. He then moved to Mount Sinai Medical Center in NYC in 1974 working there until his retirement in February 2008. He loved bowling, playing cards with friends, as well as spending time with his wife and daughter's family including his 18-month-old grandson, Alexander. He is survived by his wife, Rose, his daughter, Lesley Ann, her husband, Michael, grandson, Alexander, his parents, two brothers, and sister. Visitation will be on Tuesday, 6-9pm, Wednesday at 2-4pm and 7-9pm at Holmdel Funeral Home, 26 South Holmdel Road, Holmdel, NJ. A funeral mass will be offered on Thursday at 11am at St. James Catholic Church in Red Bank, NJ. Internment will then follow at Mt. Olivet Cemetery in Middletown, NJ. In lieu of flowers, donations in his memory would be appreciated – St. Jude's Childrens Hospital, 501 – St. Jude Place, Memphis, TN. 38105

To leave a condolence, you can first sign into Facebook or fill out the below form with your name and email. [fbl_login_button redirect="https://wbhfh.com/obituary/ludevico-corpuz-quinsay/?modal=light-candle" hide_if_logged="" size="medium" type="login_with" show_face="true"]
×