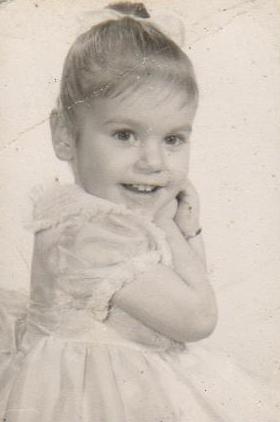 Margaret Gulino, 76, passed away peacefully on December 27, 2012 at Robert Wood Johnson University Hospital in New Brunswick, NJ. She was born in Brooklyn, NY on June 6, 1936, to Concetta (nee Artese) and John Flenda, and was the first of their three daughters. Marge was a graduate of Prospect Heights High School and worked as an administrative assistant for the Bacardi Company, and later for Manufacturers' Hanover Trust Company and Chemical Bank. In 1956, she married Carl 'Charlie' Gulino, and together they had three children. In 1963, they moved to Staten Island, where they remained until establishing new residences in Palm City, FL, and Lakewood, NJ. Once their children were grown, Marge and Charlie embraced their love of travel, visiting many cities throughout the U.S. and Europe. They were particularly fond of cruising and treated their entire family to a cruise to Bermuda in celebration of their 50th wedding anniversary. When she was not traveling, Marge loved cooking, baking (especially her renowned Christmas cookies), and playing bocce ball with Charlie and their friends at the Fairways community. In recent years, she took to the links and enjoyed playing golf with friends in both Florida and New Jersey. During their 56 years of marriage, Marge became as big a sports lover as Charlie, having developed an affinity for the Yankees and the Jets, but professional sports always took second place to her grandchildren's dance performances, sporting events, plays, and concerts. Marge was a member of Holy Redeemer R.C. Church in Palm City as well as of St. Luke's in Toms River, NJ. Marge will be greatly missed by her loving family, including her mother Connie; husband Charlie; children, Annamarie Gentile (and husband Al), Joseph (and wife Jennifer), and John (and his companion Justine), her grandchildren, Jessica, Matthew, Daniel, Alexander, Kristen, Edward, and Justin; her sisters, Josephine Correale and Theresa Jordan; as well as her sisters- and brothers-in-law, nieces and nephews, and many friends. Calling hours will be held at the Holmdel Funeral Home, 26 South Holmdel Road, Holmdel NJ on Sunday December 30, 2012 from 3-7pm. A mass of the resurrection will be celebrated on Monday December 31 2012 at St. Mary's RC Church, Colts Neck NJ at 9am. Interment will follow at Holmdel Cemetery. Memorial donations may be made in her memory to St. Jude Children's Hospital P.O. Box 1000, Dept 142, Memphis, TN 38148

To leave a condolence, you can first sign into Facebook or fill out the below form with your name and email. [fbl_login_button redirect="https://wbhfh.com/obituary/margaret-gulino/?modal=light-candle" hide_if_logged="" size="medium" type="login_with" show_face="true"]
×