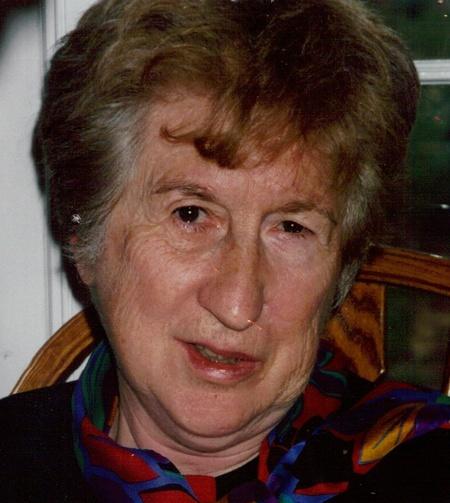 Marie Dobbs Grubb departed from this life Friday December 11, 2009 after an extended and courageous battle with breast cancer. She was proud to be a 30-year cancer survivor. Marie was born on August 14, 1928, in Long Branch, NJ and spent most of her life surrounded by the farmlands of Monmouth County. As a young girl, she interacted with some of the prominent landed gentry while working for them on their estates in Middletown. The relationships she formed with these families and her co-workers flourished throughout her life, and formed a basis with which she evaluated the effects of development of farmland throughout NJ. In the early 1960's, Marie organized a grassroots effort known as the 'Citizens Committee' to save Burnt Fly Bog, a natural aquifer located in Marlboro that provided fresh water to many NJ coastal municipalities. Through Marie's efforts, the illegal dumping of industrial toxic waste into the aquifer came to a halt. Later, Burnt Fly Bog was established as a Super Fund Site to remediate ground water pollution in Marlboro Twp. Marie Grubb became active in politics when her late husband, Walter C. Grubb Jr., was the Mayor of Marlboro Twp. and remained politically active throughout her life, always interested in land use policy. Marie was a multi-talented woman. She earned an Associates Degree from the Parsons School of Design in NYC. She served on the Board of Directors for Camp Arrowhead and Red Bank YMCA's for 30 years. Marie also worked as a realtor for Burgdorff Realtors, had been president of the Central School PTA, a set designer for the Marlboro Players, an Elder at Old Brick Church, and a member of the Accoustic Neuroma Association, and numerous other affiliations. Marie was predeceased by her husband, Walter C. Grubb Jr., her sister Charlotte Rader, her brother Charles B Dobbs, Jr. and nephew Charles B. Dobbs III. She is survived by 6 children: Carol M. Grubb, Dr. William Grubb, and wife Joan, Elizabeth Corvasce, Susan Horsey, and husband Buck, Marilyn Gentile, and husband Vincent, Peter Grubb, and wife Maureen. Marie had 12 grandchildren: Jessica, Julia and Greg Geier, and Anna Dillulio; Joan Marie Grubb; Michael, Lauren, and Erica Corvasce; Harvey and Spencer Horsey; Alex Gentile; Thomas and Olivia Grubb; and 2 great-grandchildren: Harrison and Cecelia Geier. Marie is also survived by her sister Virginia Woolley, and husband John, and in-laws Madelyn Sinnott, Janet and Stan Kerr, and Theresa and Ray Bianco, and Marie's dear friends Gloria Janwich, Lee Konrad, and countless endearing friends, nieces and nephews. Viewing for Marie will be held on Tue. Dec. 15 at Holmdel Funeral Home, 26 South Homdel Road, Homdel from 2-4, and 7-9. Funeral Services will be held at Old Brick Reformed Church, Route 520, Marlboro, on Wed. Dec.16 at 11:00 AM. In lieu of flowers, the family requests that donations be made to the Old Brick Reformed Church Flower Fund, PO Box 153, Marlboro, NJ, 07746 in memory of Marie Grubb.

To leave a condolence, you can first sign into Facebook or fill out the below form with your name and email. [fbl_login_button redirect="https://wbhfh.com/obituary/marie-dobbs-grubb/?modal=light-candle" hide_if_logged="" size="medium" type="login_with" show_face="true"]
×