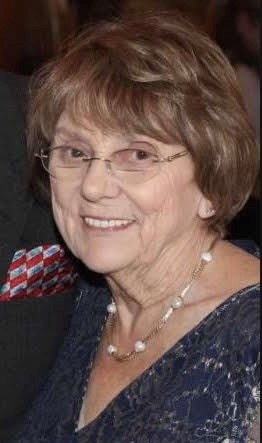 She was born in 1932 in Providence, R.I, to the late Esther and Edward Cassie. Marjorie was raised in Providence and graduated from Mount Pleasant High School. She worked as a long-distance operator for a telephone company. She met her husband, the late Leon Wegryn, at a dance in Newport. They married in 1954 and moved to Elizabeth, N.J. They started a family and later moved to Spotswood before settling in Colts Neck. After her children were grown, Marjorie returned to work as a real estate agent and later moved to Freehold.

Marjorie loved ballroom dancing, playing cards, attending Broadway shows and Yankee games, shopping, and traveling to many places. She was a member of various dance groups and the Freehold Township Senior Center. She was active in the Women’s Club of Colts Neck and the Colts Neck Seniors. Marjorie had a wonderful sense of humor and could light up the room. She enjoyed spending time with her family and making every holiday special.

She is predeceased by her brother, Edward Cassie, Jr.

Visitation will be held on Saturday, August 13 from 9-11 a.m. at Holmdel Funeral Home, 26 S. Holmdel Road, Holmdel. A funeral service will be offered at 11 a.m. Burial will follow at Holmdel Cemetery, Holmdel.

In lieu of traditional remembrances, Marjorie’s family asks with gratitude that memorial contributions be made in her name to Alzheimer’s New Jersey (www.alznj.org).

For messages of condolence, or to share a favorite memory of Marjorie, please visit her page of tribute at www.HolmdelFuneralHome.com.

To leave a condolence, you can first sign into Facebook or fill out the below form with your name and email. [fbl_login_button redirect="https://wbhfh.com/obituary/marjorie-ann-wegryn/?modal=light-candle" hide_if_logged="" size="medium" type="login_with" show_face="true"]
×