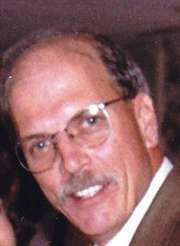 Mark 'Bobby' Bonpua, 59, passed away in the company of his sisters on Thursday March 17th at the St. Barnabas Hospice and Palliative Care Center at Monmouth Medical Center. Born in Summit, he grew up in West Long Branch before moving to Matawan. Mark was currently employed as Director of Facilities at Dezer Properties in New York City. He was a graduate of Shore Regional High School and a Philosophy/Political Science major at Monmouth University. He was a member of the Long Branch Council of Knights of Columbus, # 335, the Cross Fire International Car Club, Ocean Grove Fishing Club and the U.S. Beach Erosion Engineers. Mark loved the outdoors, his curiosity and adventurous spirit led him on many travels and he crisscrossed the country many times. He loved his home and was very proud of his garden. His boat and cars were his passion but his greatest joy was his love, 'Sammy'. Mark was pre-deceased by his parents, Dr. Cesar and Ann Bonpua of West Long Branch; and his brother-in-law, Sal Tringola. He is survived by six sisters and their husbands, Joanne and Jake Chek, Jackson Twp., Diane Bonpua- Tringola, Monmouth Beach, Dawn and Harry Colmorgen, Middletown, De., Susanne and Donald Asay, Rumson, Marianne and Gerald Scala, Oceanport and Patricia Ann Bonpua, West Long Branch; and his ten nieces and nephews; and his soul mate 'Sammy' Sandra Matrisciani. Visitation will be Monday, March 21st, 2- 4 and 7-9 pm at the Woolley Funeral Home, 10 Morrell Street, Long Branch. Funeral mass will be celebrated Tuesday, March 22nd, 10:00 am at St. Jerome's RC Church, Wall Street, West Long Branch. Interment will follow in Woodbine Cemetery, Eatontown Blvd., Oceanport, NJ. Contributions in his memory may be made to the Ocean Grove Fishing Club, Embury Ave. at Ocean Ave., Ocean Grove, NJ, 07756. You may light a candle of condolence by visiting www.woolleyfh.com.

To leave a condolence, you can first sign into Facebook or fill out the below form with your name and email. [fbl_login_button redirect="https://wbhfh.com/obituary/mark-bobby-bonpua/?modal=light-candle" hide_if_logged="" size="medium" type="login_with" show_face="true"]
×