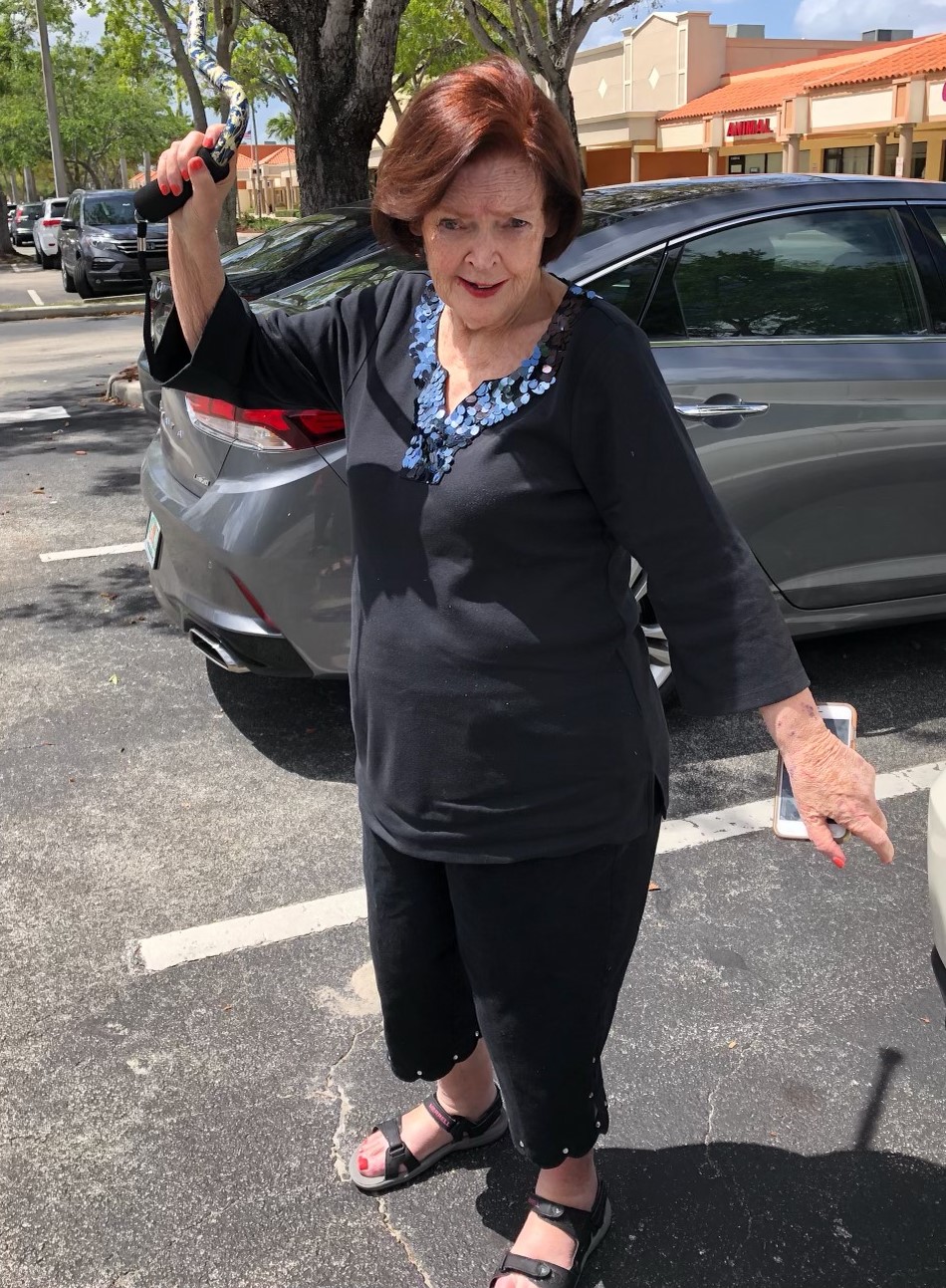 A beloved mother, grandmother, and friend to all, Mary Christine Fuller passed away at 73 years old on January 4th, 2021. Whilst her last decade was rife with medical ailments, Mary made sure not to let her health issues hold her back from “the craic.” Known for her signature dance moves and gentle demeanor, Mary was a lively and supportive presence for her friends and family.

Mary grew up in Ireland. The family lived in Dublin, but she spent many summers in County Kerry amidst a plethora of her beloved cousins. Mary attended boarding school at the local Dominican convent starting at the mere age of seven. She could spend weekends at home and so developed a very close relationship with her mother, Maureen. Unfortunately, she lost her mother to cancer when she was 16 years old. Even so, she finished secondary school with top honors in her Leaving Certificate. She celebrated by gallivanting across Germany and France, being fluent in both languages, during the summer months.

In the fall of 1965, Mary moved to the United States to live with the family in Leonia New Jersey. She worked for her father, Bill Fuller, at his travel agency, also working at City Center ballroom in NYC, which was the premier dance hall frequented by many Irish immigrants during the 60s. There, she met Peter Joyce. Soon after, they were wed in 1969. Baby, Ciara Maureen, was born in 1971. Mary quickly decided that the business world was not for her, so she followed her heart and went on to earn a B.A. in Psychology from Lehman College in 1975. Mary went on to earn her M.A. in General Theoretical Psychology in 1978 and Ph.D. in Developmental Psychology in 1998 at Fordham University in New York. She became an Adjunct Professor of Psychology at Mercy College and Manhattan College and an Adjunct and Associate Professor of Psychology at the beautiful College of Mount Saint Vincent, overlooking the Hudson, for the next almost 30 years.

Meanwhile, she moved to Hastings-on-Hudson where she single-handedly raised Ciara. She loved attending Ciara’s Irish dance and music competitions at many Oireachtas and Fleadh Cheoil competitions in New York or Ireland for years. An intellect at heart, Mary enjoyed completing New York Times crosswords, she was an avid reader and loved watching Masterpiece Theatre in her free time.  Mary loved socializing more than anything and was always up for meeting with friends for a good cup of tea and was always up for sweets, especially chocolate!

Mary later moved to Tinton Falls, NJ in 2004 in order to be closer to her granddaughters, spending years participating in water aerobics, having afternoon tea with close friends and discussing Shakespeare at the English-Speaking Society, and she never missed her granddaughters’ various events. Nothing would keep Mary from strolling in her wheelchair to her granddaughter’s swim meets, where she was known for her high-spirited voice as she cheered them on.

She spent the last few years of her life on a variety of adventures, whether it be participating in the weekly karaoke sessions with friends during her stint in Clearwater, Florida or making it back to Ireland for a last spin around the Ring of Kerry with her cherished cousins. Mary never let her illnesses stop her from taking life by the reins!! She took every opportunity to live her life to the fullest.  Despite Mary becoming sicker in 2017, she continued to persevere and moved to Asbury Park, New Jersey. She had an apartment with a beautiful ocean view and salty breeze, which she cherished.  During her last days, she managed to leave the hospital one last time and spent the Christmas holidays overlooking the ocean with family and Sadie, her beloved grand-puppy and passed away on her way to the hospital with Maeve, Andrew and a hot fudge sundae (typical Mary) in her hand.

The family requests memorial contributions, in lieu of flowers, be sent to the Pulmonary Hypertension Association, 801 Roeder Road, Suite 1000, Silver Spring, Md. 20910 or make a memorial gift online at www.PHAssociation.org.

To leave a condolence, you can first sign into Facebook or fill out the below form with your name and email. [fbl_login_button redirect="https://wbhfh.com/obituary/mary-christine-fuller/?modal=light-candle" hide_if_logged="" size="medium" type="login_with" show_face="true"]
×