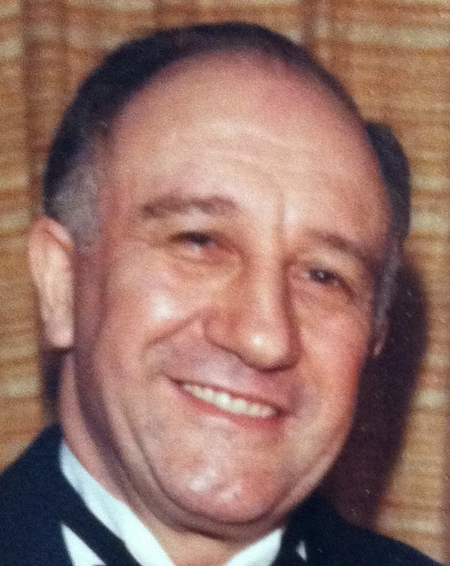 Michael Petrozzo, 85, born in Bay Ridge, Brooklyn passed away at the Bayshore Community Hospital on Saturday afternoon, July 6, 2013 with his beloved family at his side. Michael lived most of his life in Bay Ridge, Brooklyn and Staten Island, before moving to Holmdel, NJ. He attended undergrad at NYU and paid his way through Fordham Law while working full-time as an Accountant. He was a WWII and Korean War Veteran. He was a self-employed Accountant and Corporate lawyer with an excellent reputation before working for Brown & Wood, LLP in the World Trade Center. Michael was a devout Catholic, who even went to mass on his lunch hour, while working on Wall St. His generosity showed how he practiced his faith; he would literally “give the shirt off his back” for anyone in need. He strived to instill his genuine, kind loving values to his family. He had a passion for cooking his Sunday Italian Feast for his family & enjoying quality time with them. His meatballs & sauce were renowned and regarded as the best in the area. Michael was a member of the Knights of Columbus and American Legion. He also volunteered countless hours of his time to numerous charities including “The Daughters of St. Paul”, which was dear to his heart. He married his college sweetheart, Anna (Buonocore), on September 5th, 1953. They would have celebrated their 60th Anniversary this year. He is survived by his children Paul and his wife Katie of Sidney, NY; Rosemary Storch and her husband Raymond of Manalapan, NJ; Joanne Donegan and her husband Patrick of Staten Island; Louise Dutt and her husband Martin of Wall, NJ; Michele Zucker and her husband Brian of Wall, NJ, and Christopher and his fiancée Antonella Capozza of Jersey City. Michael is also survived by 14 grandchildren, 4 great grandchildren, and his brother Vincent James Petrozzo of Long Island. He is predeceased by his brothers Rocco and Ralph Petrozzo as well as his sister Anna Colonna. Visitation will be on Wednesday, July 10th from 6:00 PM to 9:00 PM at the Holmdel Funeral Home: 26 South Holmdel Road, Holmdel, NJ. A Funeral Mass will be will be offered on Thursday, July 11th at 9:45 AM at St. Rose R.C. Church: 603 7th Avenue, Belmar, NJ. Interment will follow at the Brigadier General William C Doyle Veterans Cemetery in Wrightstown, NJ. In lieu of sending flowers, the family would appreciate a donation to in Michael’s name to “The Daughters of St. Paul”. You may contact Sr. Catherine Bernadette at (617) 676-4415 to arrange a donation.

To leave a condolence, you can first sign into Facebook or fill out the below form with your name and email. [fbl_login_button redirect="https://wbhfh.com/obituary/michael-petrozzo/?modal=light-candle" hide_if_logged="" size="medium" type="login_with" show_face="true"]
×