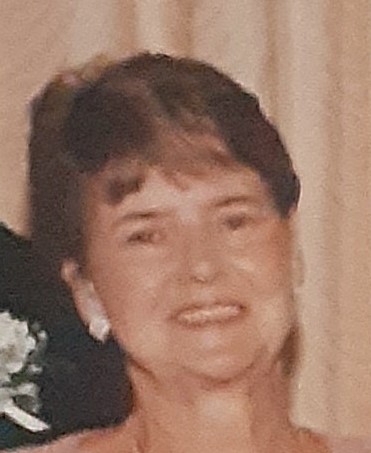 Nora, known as “Nanny” to her six grandchildren, was born and raised on a farm in Toomore, Hill Street, Carrick-on-Shannon in County Roscommon, Ireland. One of nine children, she left Ireland at 18, moving to London, England after World War II to seek employment.

Nora immigrated to the United States across the Atlantic via the SS Flandre in 1953, joining her Uncle Jim and three older brothers John, Mike, and Brian in Bayonne, NJ. There she would meet the love of her life, Martin Raymond, her husband of 66 years, at the Roscommon Ball.

They raised their family in Jersey City, NJ, before settling in Aberdeen, NJ, during retirement.

Nanny had a relentless work ethic, employed full time at The Travelers Insurance Company while raising four children. She was tirelessly devoted to her family; an industrious woman who made it her life’s mission to see that her children benefited from the best education possible.

She was a devout Catholic, a woman of profound faith with a special devotion to the Blessed Mother. She loved parties and large family celebrations, discussing politics and current events, and gardening.

To leave a condolence, you can first sign into Facebook or fill out the below form with your name and email. [fbl_login_button redirect="https://wbhfh.com/obituary/nora-jane-reddington/?modal=light-candle" hide_if_logged="" size="medium" type="login_with" show_face="true"]
×