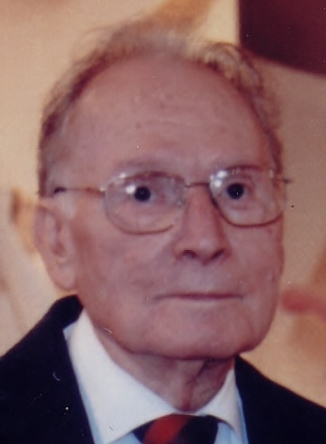 Otis A. Arnts, known as â€œOzzieâ€, 93, of Wanamassa, passed away on Tuesday, April 16, 2013, at Monmouth Medical Center, Long Branch. Ozzie was born in Elmira, NY, in 1919, and moved to Wanamassa in 1959. He graduated Rochester Institute of Technology School of Photographic Technology, and he served in the 67th Armed Regiment of the U.S. Army during World War II. Ozzie was a retired professional photographer with his own studio, as well as owner of 'Arnts of Allenhurst' card and gift shop. Ozzie was a member of the Guild of Creative Art in Shrewsbury, the New Jersey Chapter of Professional Photographers of America and the Kiwanis Club of Asbury Park. He served terms as President for all three organizations. Ozzie was also an exhibiting member of the Salmagundi Club in New York, the American Artist Professional League and the Guild for Creative Art in Shrewsbury. Ozzie was a lifelong music lover and saxophonist, and he performed for many years with the Greater Shore Concert Band and the Jersey Blues/Shore Continentals. He was a member of the First United Methodist Church, Oakhurst. Ozzie was predeceased by his parents, Frank and Nellee Arnts. He is survived by his beloved wife of 71 years, Lucille; son Robert and his wife Leeann; son William and his wife Roxanne; granddaughters Alice and Lydia; grandson Sam. Visitation, Sunday April 21st, 2 to 4 and 7 until the time of the service at 8 pm at the Woolley-Boglioli Funeral Home, 10 Morrell Street, Long Branch. A private interment service at Woodlawn Cemetery, New York will be held. In lieu of flowers, the family requests that donations be made to the Guild of Creative Art, 620 Broad Street, Shrewsbury, NJ. For messages of condolence please visit Mr. Arntâ€™s Book of Memories at www.woolleyboglioli.com.

To leave a condolence, you can first sign into Facebook or fill out the below form with your name and email. [fbl_login_button redirect="https://wbhfh.com/obituary/otis-a-arnts/?modal=light-candle" hide_if_logged="" size="medium" type="login_with" show_face="true"]
×