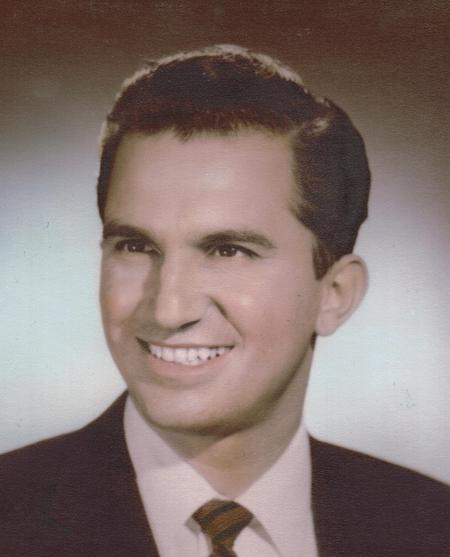 Peter Paul Rizzuto, 80, of Aberdeen, passed away Monday, March 28, 2011. He was born in Brooklyn and later moved to Jersey City where he was recruited by St. Peter's Prep to play football and run track. He was part of a championship track relay team at the Penn Relays. In the early 1950s he joined the Air Force and was stationed in Nevada as a radio technician. He also worked in a Las Vegas casino during this time. He returned to Jersey City and went to St. Peter's College, where he graduated summa cum laude and 2nd in his class in 1958. He married his wife of almost 52 years, Patricia Hart, in 1959 and had two children who loved him deeply. He worked for Montgomery Ward, Johnson and Johnson, Mid-East Aluminum, and finally as Director of Cash Management at Warner Communications in NYC. He retired early and was able to spend many wonderful years with his family and 5 grandchildren who loved him and he loved so much. He was a great story teller, always speaking the truth, and wrote an amazing book with his daughter about his life and times along with advice for his grandchildren. He was a bodybuilder in his younger days, rode a motorcycle, and read thousands of books on every topic from the Roman Empire to modern mathematics. He loved history, science, technology, film, and music, but he loved nothing more than just being together with his family. He was a great man – a renaissance man. Surviving are his wife, Patricia; his children, Nancy and Peter; his brother, Anthony; his son-in-law, Craig and daughter-in-law, Kerry; and his grandchildren, James, AnneMarie, Tricia, Emma, and Ava. Visitation will be Friday from 2-4 and 7-9 at Holmdel Funeral Home. Mass Of Christian Burial will be offered at St. Benedict Church in Holmdel at 10:30am Saturday.

To leave a condolence, you can first sign into Facebook or fill out the below form with your name and email. [fbl_login_button redirect="https://wbhfh.com/obituary/peter-paul-rizzuto/?modal=light-candle" hide_if_logged="" size="medium" type="login_with" show_face="true"]
×