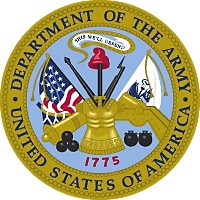 RAYMOND SALVA, 77, of Colts Neck passed away on Wednesday, June 23rd, 2010. Born in Puerto Rico, Mr. Salva was one of 18 children. He lived in Monmouth County for many years prior to settling in Colts Neck 15 years ago. He served in the U.S.Army. Prior to his retirement, he worked for Global Mail in New York City, and was a Teamster in Local 27 . Mr. Salva was also a communicant of St. Marys' R.C.Church in Colts Neck. He is survived by his wife Elaine , his son Gary Salva of Manalapan, his daughter Tina Salva of Freehold, and his grandsons Gary Salva Jr. and Christian Salva. In lieu of sending flowers, donations made in his memory would be appreciated – The American Cancer Society, 6725 – Lyons Avenue, Syracuse, N.Y. 13057

To leave a condolence, you can first sign into Facebook or fill out the below form with your name and email. [fbl_login_button redirect="https://wbhfh.com/obituary/raymond-salva/?modal=light-candle" hide_if_logged="" size="medium" type="login_with" show_face="true"]
×