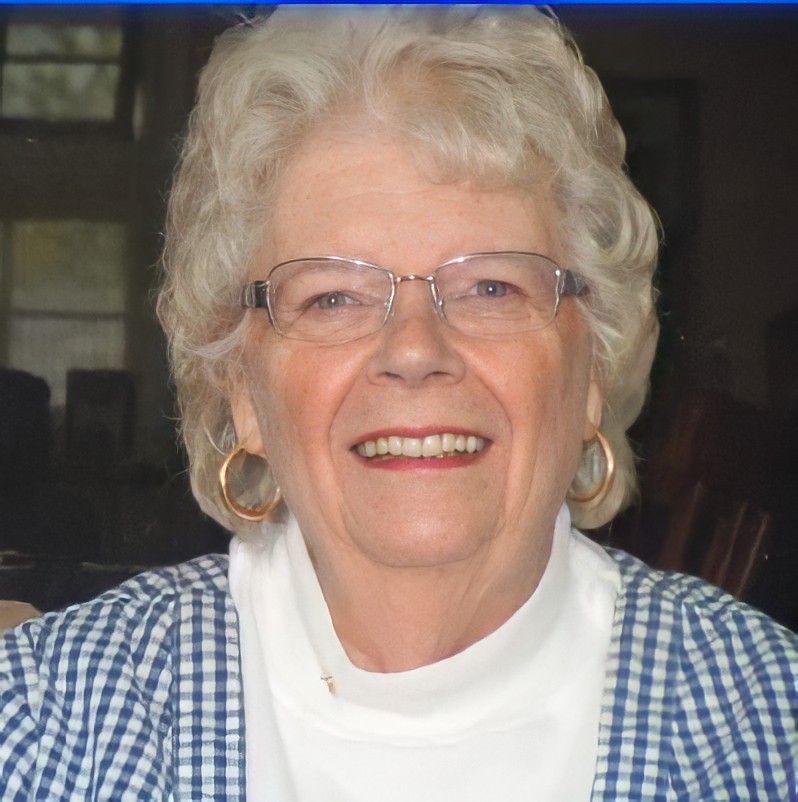 Mrs. Maps was born in New York City. She moved to Oceanport at 11 years old and remained there her entire life. She graduated Ann May School of Nursing, Neptune. She took a job at Fitkin Memorial Hospital, where she became the Assistant head nurse and also worked as an RN in the emergency room.

She served on the Oceanport Board of Education for 9 years and was an officer in the PTA for 10 years. Mrs. Maps worked as a classroom Aide in Oceanport school system before becoming a reading and math aide at Shore Regional High School from 1982 till she retired in 1996.  She was a member of the Oceanport Crafters Club.

In her retirement, she enjoyed painting landscapes, making baskets and doing ceramics. She loved the computer especially playing solitaire and surfing the internet. Reggie enjoyed her retired teachers’ group and attending their monthly breakfast gatherings. She was a 1951 graduate of Long Branch High School, where she was the head drum majorette and would twirl her baton at Long Branch Stadium during the intermission of the stock car races.

Reggie loved her family’s camping trips, traveling the east coast, from Canada to Key West. She and her husband Sherman enjoyed taking their granddaughters 3 different times on Disney Cruises. She loved any movie that starred Patrick Swayze, her favorites were Dirty Dancing and Ghost.  Reggie also loved the movies Grease and South Pacific. Her greatest pleasures were her family. She loved having everyone around the table together.

She was pre-deceased by her Aunt Joan Fisher.

Visitation Sunday, July 25th 2 pm until the time of her funeral service at 5pm at the Woolley-Boglioli Funeral Home, 10 Morrell Street, Long Branch. Entombment services will be private on Monday at Woodbine Mausoleum, Oceanport. In lieu of customary remembrances Reggie’s family requests with gratitude contributions in her honor to the S.P.C.A., 260 Wall Street, Eatontown, NJ 07724; www.monmouthcountyspca.org. To share a favorite memory or send a message of condolence please visit Mrs. Maps’ page of tributes at www.woolleyboglioli.com.

To leave a condolence, you can first sign into Facebook or fill out the below form with your name and email. [fbl_login_button redirect="https://wbhfh.com/obituary/regina-e-maps/?modal=light-candle" hide_if_logged="" size="medium" type="login_with" show_face="true"]
×