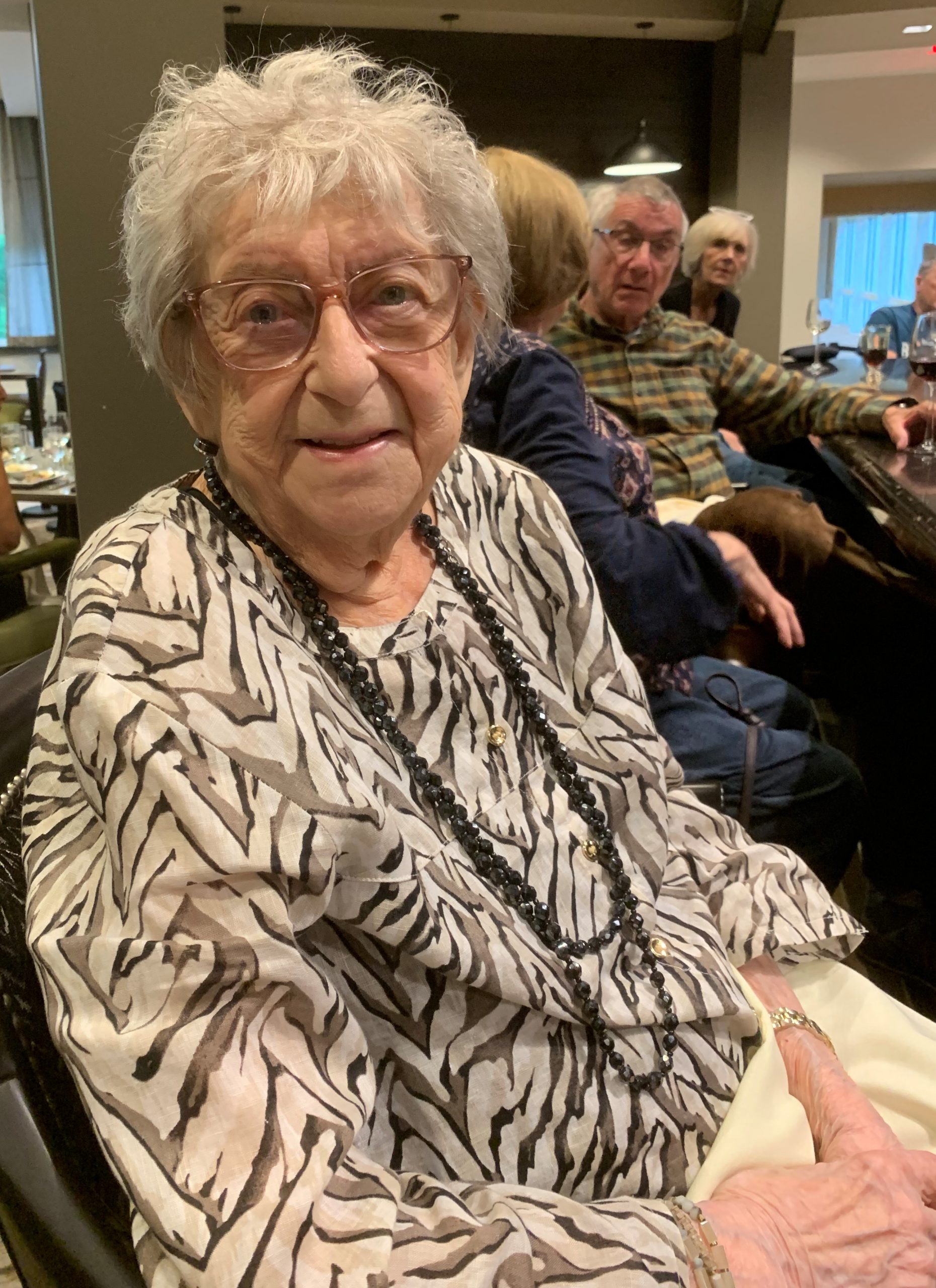 Rita Annabelle Howell, passed away peacefully in her home at Seabrook, Tinton Falls on Monday October 24th. She was 96 years old.

Rita was born and raised in Canarsie Brooklyn. She was the eldest of 5 children and worked hard to help support her family. She met her husband Bill while working at The Bridge Bindery Corp in Brooklyn. After some time oﬀ to raise her children, she returned to work with Bill and they formed their own new company Pads Specialty. After several years, Pads Specialty merged with Bridge Bindery, and Rita and Bill returned as the very proud owners of the company where they met.

After selling Bridge Bindery, Rita and Bill retired to Colts Neck NJ where she was very active at Saint Gabriel’s Church, and was much loved in her role as the Atlantic City Bus coordinator.

Rita greatest joy was being a grandmother to Brian, Krissy, and Larry.

Rita’s final home was at Seabrook in Tinton Falls, where she found a vibrant community and was much loved by her fellow residents and staﬀ. Rita will be greatly missed by her family and friends.

Rita is predeceased by her husband William, her daughter Deborah, and her brothers Frank, Laurence, and Richard.

Visitation will be Friday October 28th from 4:00 to 7:00 pm at the Holmdel Funeral Home 26 South Holmdel Road, Holmdel NJ. There will be an entombment service on Saturday October 29th at 11:00 am at Holmdel Cemetery Mausoleum. The family will host a repast brunch at Huddy’s Inn on Route 34 in Colts Neck following the service.

In lieu of traditional remembrances the family asks that you make a donation in Rita’s honor to St. Jude Children’s Research Hospital at www.stjude.org

To leave a condolence, you can first sign into Facebook or fill out the below form with your name and email. [fbl_login_button redirect="https://wbhfh.com/obituary/rita-howell/?modal=light-candle" hide_if_logged="" size="medium" type="login_with" show_face="true"]
×