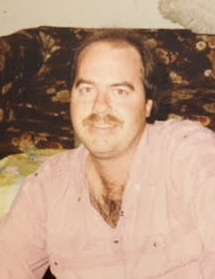 In recent years, he purchased a classic Mustang and had been working on its restoration. He also enjoyed gardening where his love for peppers would soon take over and add to his learning to cook.

Bobby predeceased by is father Gene Yager. He is survived by his daughter, Sarah Yager, Lincroft; his mother, Phyllis Yager, Long Branch and his three sisters. Patti and her husband Michael Dibling, Oakhurst; Linda Yager, Georgia and Susan and her husband Wade Hatchett, Texas; and many nieces and nephews.

Visitation Tuesday, April 3rd at 4:00 PM until the time of the funeral service at 7:30 PM at the Woolley-Boglioli Funeral Home, 10 Morrell Street, Long Branch. Donations, in lieu of flowers, may be made at www.gofundme.com/bobby-yager.

To leave a condolence, you can first sign into Facebook or fill out the below form with your name and email. [fbl_login_button redirect="https://wbhfh.com/obituary/robert-e-yager/?modal=light-candle" hide_if_logged="" size="medium" type="login_with" show_face="true"]
×