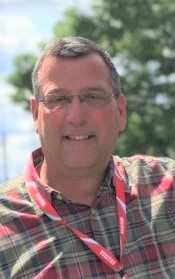 Born in South Amboy, Bob grew up in South Amboy and Sayreville where he was a member of the South Amboy Volunteer First Aid Squad and was an Exempt Member of the Melrose Hose Company, Sayreville Fire  Department.  It was as a member of the Melrose Hose Company that he met his wife, Karen Ann. Soon after their second son was born, Bob and his family moved to Freehold to be closer to Bob’s work and allowing him more time at home and less time commuting. Bob was a Police Officer with the Colts Neck Police Department until his retirement in 2011.  Not one to sit idle at home, Bob worked for Marlboro Board of Education after his “retirement”.

As evident from his commitment as a first aider, volunteer firefighter and police officer, Bob was compassionate and committed to helping others. He set the bar high and was a shining example for his sons who are in their own way forging a path and following in their father’s footsteps of public service.  Bob not only showed his sons the importance of public service, he was a stellar example of how to be a kind, empathetic and good person.  In a relatively short time, through his example, he taught his sons how to be a good son and son-in-law, loving husband and most importantly an amazing and present father.

A life-long Bruce Springsteen fan, there was only one thing he loved more than Bruce and that was his family. He loved his family and friends fiercely with unconditional love. Bob was active with the boys from cub scouts, to soccer and baseball coaching, to driving instructor, as well as 21st birthday chauffer and his son’s confidant.  Bob spoke openly and proudly about his sons, their activities and accomplishments to anyone who would listen. He was also there with a sympathetic ear and cherished the fact that the boys considered him their best friend.  It goes without saying that Bob was the boy’s biggest cheerleader on and off the lacrosse field and looked forward to accompanying them to their many games along the Northeast. Dad of R.A.C.T. was his biggest joy and great accomplishment.

Second only to the love of his boys (and maybe Bruce) was that for his wife Karen Ann. They fell in love hard and fast, engaged within 4 months of their first date.  Shortly after their engagement, Bob announced that he had found their wedding song.  Taken aback, Karen Ann agreed to humor him and listen.  Not surprisingly, he nailed it.  “I Cross My Heart” was not only their wedding song but was their anthem.  Their love as unconditional and they shared all the love and laughter that a lifetime would allow.

He touched so many lives from his family, rookie police officers he trained, kids he coached and those lucky enough to call him a friend.

When asked about creating a book to recap his life story, Karen Ann declined.  You see, Bob’s life story is not over … it’s now a sequel.  His example, passion, empathy, faith and love live on in Robert, Andrew Christopher and Thomas.  They are his sequel and the story continues ….

He is survived by his wife of 27 years, Karen Ann Halmi (Sisko) of Freehold ; their four sons, Robert (26) of Ft Bragg, NC, Andrew (23) of Ft Bliss, TX, Christopher (19) and Thomas (16) Halmi of Freehold; his mother Helen Halmi of Sayreville ; brothers, Joseph (MaryAnn) Halmi of Sayreville and Martin (Peggy) Halmi of Monmouth Junction; as well as many nieces and nephews; aunts, uncles and cousins.

Bob was pre-deceased by his father, Joseph P. Halmi and his sister, Anne Halmi.

To leave a condolence, you can first sign into Facebook or fill out the below form with your name and email. [fbl_login_button redirect="https://wbhfh.com/obituary/robert-g-halmi/?modal=light-candle" hide_if_logged="" size="medium" type="login_with" show_face="true"]
×