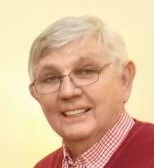 Robert Michael Hanlon, Sr. of Oakhurst, New Jersey died on December 22, 2021, surrounded by his loving family. He was the sixth child of William Frances Hanlon and Mae McKinnon Hanlon. He was raised in Interlaken, New Jersey, where he attended Holy Spirit Elementary School. He was a 1958 graduate of St. Peter’s Prep in Jersey City. From there, he attended the University of Notre Dame in an accelerated BA/Law School program, graduating law school in 1964.

Bob met his wife, Kathleen Frances Carr, when the two were thirteen years old, and they have been devoted to one another ever since. They were married on December 27, 1961. Bob and Kathie raised four children, first in Wall Township, NJ and later in West Long Branch, NJ.

Bob began his legal career in the firm started by his father, Hanlon, Argeris and Amdur in Asbury Park, NJ. He grew the practice into a successful product liability and defense boutique firm, last known as Hanlon, Boglioli and Hanlon. In 2009 the firm joined Goldberg Segalla, where Bob practiced as a partner until his retirement in 2020. Bob was an accomplished and well-respected trial attorney, continuing to try cases well into his 70’s.

He was an avid golfer, and past president of Deal Golf and Country Club in Deal, NJ, He enjoyed skiing and fishing. Later in life, he and Kathie traveled extensively.

Bob’s greatest love was for his family. When the children were young, the family took up skiing, spending nearly every winter weekend (and some school days) in Windham, New York. As the family grew, he and Kathie purchased a home in the Orlando area, where the children and grandchildren enjoyed many holidays, playing golf and visiting Disney World. The family home was always open to their children’s many friends, for sleepovers, pool parties and family celebrations. He put all four of his children through college, and two of them through law school.

Bob and Kathie attended their grandchildren’s countless ball games, swim meets, concerts, plays, recitals, track meets and scouting events, traveling all over the state and country to cheer them on. They went to every graduation, and frequently traveled to visit them at their respective colleges.

Bob is survived by his loving wife of 60 years, Kathleen Frances Carr Hanlon, as well as four children and their spouses: Bonnie Hanlon and her husband Richard Grossman of Asbury Park, Kerry Kennedy and her husband Norman of Manchester, Robert Hanlon and his wife Christine Giordano Hanlon of Wayside, and Bridget Cook and her husband Robert of Point Pleasant. He was an adoring PopPop to thirteen grandchildren: Norman Kennedy, Jr. and his wife, Daniella Cioffi, Edward Kennedy, Trevor and Helen Grossman, Nicholas, Grace, Holly and Kaitlyn Hanlon, and Kathryn, James, Mary and Sara Cook, and great-grandfather to Lucas Kennedy. He also leaves behind his youngest brother, Michael Hanlon, and his sister-in-law, Sally Welch, as well as many nieces, nephews and friends.

SISTERS OF TAU LAMBDA CHI SORORITY-for which Sally Welch is a member.

To leave a condolence, you can first sign into Facebook or fill out the below form with your name and email. [fbl_login_button redirect="https://wbhfh.com/obituary/robert-m-hanlon/?modal=light-candle" hide_if_logged="" size="medium" type="login_with" show_face="true"]
×