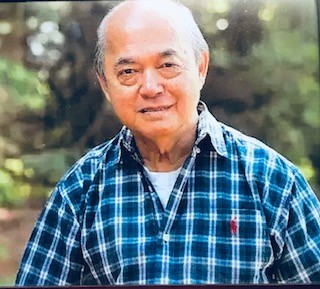 Rogelio del Carmen Cruz, 84 of Monroe, formerly of Holmdel, died at his home on Wednesday June 1st. He was better known as Roger Cruz.  Roger and his beloved wife Zoraida immigrated from the Philippines to the United States and settled in Brooklyn, eventually moving to Edison and settling in Holmdel in 1974. In 1999, they moved to East Pointe Towers in the Highlands and recently retired to Monroe Township. He and Zoraida did everything together, they never went on travels alone. They were proud to be naturalized as American citizens in 1975.

Roger was born in Manila and earned his degree from the Mapua Institute of Technology in Civil Engineering. He enjoyed a successful career in the building industry, first with Fisher Brothers, HRH and Frank Briscoe Construction Company where he was an Estimator. He then left the company to start his own general contracting company, Roger Cruz Construction, Holmdel. Roger built many custom homes in Holmdel, all with a unique contemporary design, distinguishing them from the colonial style homes that were filling the town in the 1970s. He loved architecture and enjoyed spending time in New York City looking at the buildings and their designs.

He loved Broadway shows and especially musicals like A Chorus Line, Fiddler on the Roof and The Sound of Music. When they settled in Brooklyn in 1963, he immediately became a fan of the newly expanded baseball team, the New York Mets. As a new immigrant, he identified with their struggles and the challenge to build a home in New York City. A great thrill came six short years later when they were the World Champions.

Roger loved to take driving trips with his wife and children enjoying the scenery enroute to their destinations which included Maine, Canada, and Florida. He also enjoyed traveling to London, Paris, and Rome. He enjoyed photography, and documented a good deal of his family’s joy on film. But most of all Roger enjoyed just being with his wife and children and adoring his grandchildren. He loved music and singing, and always enjoyed Frank Sinatra, Nat King Cole, Tony Bennett and Sara Brightman especially when she sang “Time to Say Goodbye.”

To leave a condolence, you can first sign into Facebook or fill out the below form with your name and email. [fbl_login_button redirect="https://wbhfh.com/obituary/rogelio-roger-cruz/?modal=light-candle" hide_if_logged="" size="medium" type="login_with" show_face="true"]
×