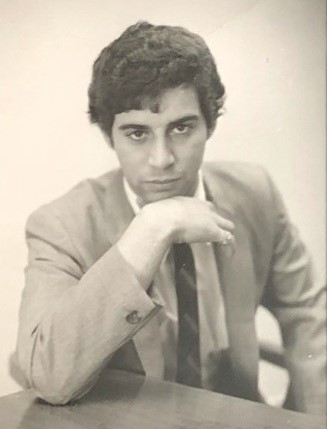 Ronald was born and raised in Bay Ridge, Brooklyn. He graduated from Pace University and began his career working at Price and Pierce in NYC as a traffic manager eventually working his way up to salesman. Ronald would go on to start his own company, Fibre Source International Corp., which he ran successfully until his retirement.

Ronald married the love of his life, Patricia, in 1971, the two would start their life in Brooklyn, move to Staten Island and ultimately settle in Holmdel to raise their young family. Ronald enjoyed golfing at Trump National Golf Club in Colts Neck and La Playa Golf Club in Naples, Florida, he was an avid Yankees, Islanders and Giants Fan, and loved collecting Lionel Trains and race car driving in Englishtown.

Ronald is predeceased by his sister Diane Scoza.

Ronald is survived by his loving wife Patricia Scoza of Naples, Florida; his sons Ronald F. Scoza of Middletown and Richard Scoza and his wife Kristin of Leonardo; his brother and sister Frank Scoza and Lynn; his beloved grandchildren Sage and Gideon; and his grand dogs Aria, Nug and Kona.

In lieu of flowers the family request that a donation in Ronald’s honor be made to the Frances Foundation of Holmdel at https://www.francesfoundation.net/.

To leave a condolence, you can first sign into Facebook or fill out the below form with your name and email. [fbl_login_button redirect="https://wbhfh.com/obituary/ronald-j-scoza/?modal=light-candle" hide_if_logged="" size="medium" type="login_with" show_face="true"]
×