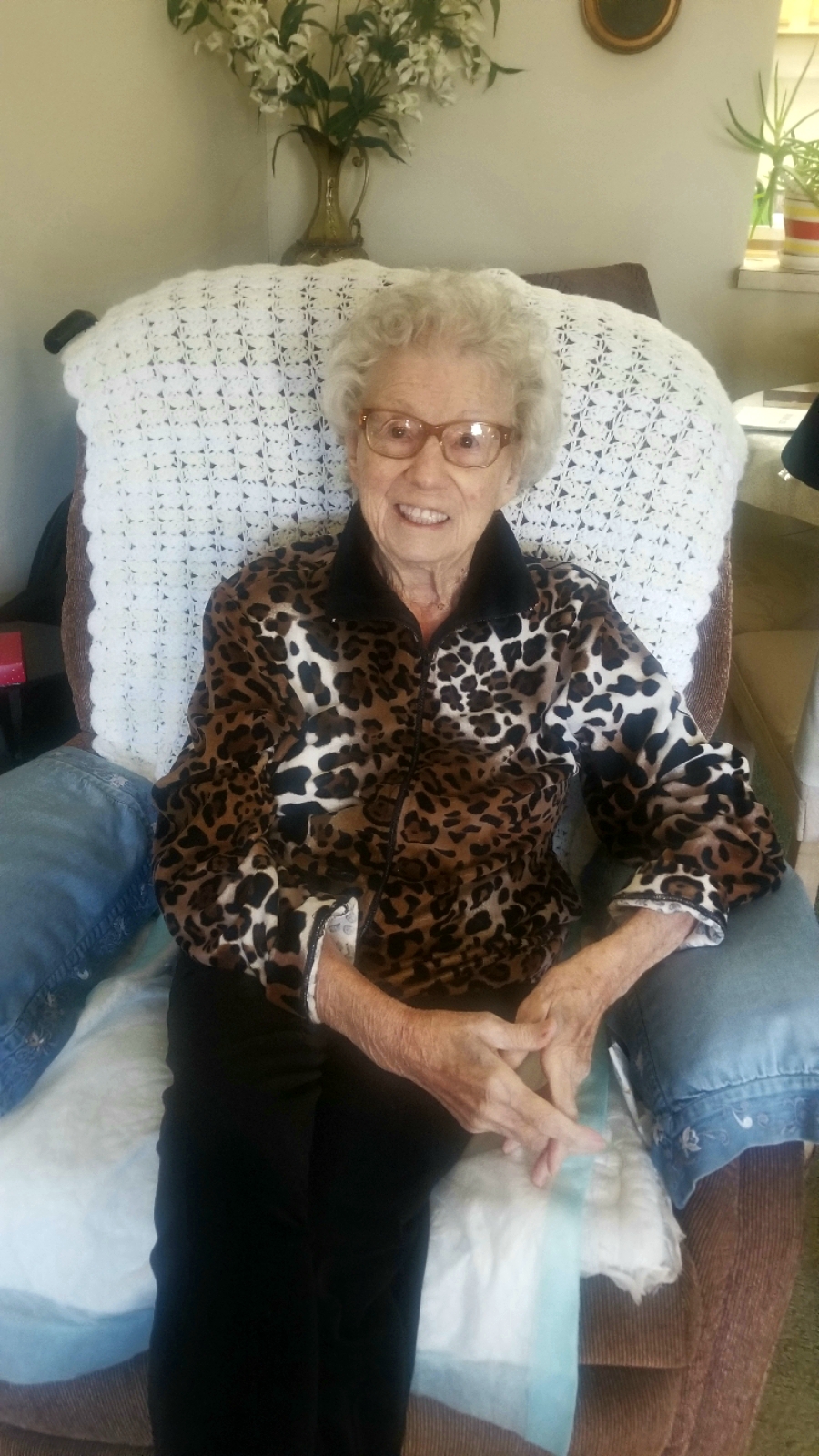 Rose Thompson, 94 of Lincroft, passed away peacefully at home on June 15. Born and raised in Perth Amboy, she was the youngest sibling of seven borne of the union of John and Tessie (Serwejska) Karas.

Upon graduating high school, she went on to become a telephone operator for a time. After marrying, she became a homemaker. Later, when her children were grown, she worked various retail jobs. After retiring, she kept busy by volunteering at Raritan Bay Medical Center.

Known as “Mom” to her children, “Nana” to her grandchildren, and “G.G.” to her great-grandchildren. Rose was very proud of her Polish heritage and she never hesitated to inform you, “ I’m Polish you know”. Another common phrase you might hear if you annoyed her was, “watch it, I know karate”. She had a sometimes risqué sense of humor, frequently much to the shock of those in earshot. Never a wallflower, she never ceased to amaze many of us her ability to work a room and get a conversation going with almost anyone.

Among her most favorite things were trips to Atlantic City, fish dinners, lottery tickets, Polka music and dancing, and coffee with hazelnut creamer.

She was predeceased by her son and oldest child, Bruce, in 2016. She is survived by Bruce’s widow, Eileen of Iselin. Also surviving are son Gary and his wife Colleen of Lincroft, daughters Patricia Gletow and husband Ken of Franklin Lakes and Sharon Lindfors and husband Eric of Barnegat. In addition, she is survived by her ten grandchildren and twelve great-grandchildren.

She was a woman of faith, who in her later years was unable to physically attend mass. Her good friend Madeline spent many hours talking with her about faith, family and life in general. They shared many laughs and shed many tears. Rose had remarked in the weeks prior to her passing that when her time comes to go to heaven, that she would want to be holding Madeline’s hand. Less than two days before Rose’s passing, Madeline was able to pray over Rose with family present. It gave us much comfort to witness this and it came close to granting Rose’s wish to be with Madeline at the end. We are very grateful that Rose had a wonderful friend in her life like Madeline.

A tremendous debt of gratitude is owed to her devoted caregiver, Maria. Her kindness and patience made it possible to fulfill Rose’s desire to spend her last months in the comfort of her own home. Upon entering hospice at home, we asked Maria if she would stay, but reassured her that we understood if she wasn’t comfortable doing so. Without hesitation, she told us that she would stay until the end. Until Rose’s last hour, Maria continued her unparalleled care. Always treating her tenderly, she never stopped talking to her “baby, reassuring her that everything was going to be okay. Thank you, Maria, from the bottom of our hearts, for giving Rose the dignity and peace she would have wanted and what she so deserved.

In the months leading up to her passing, Rose began to openly reflect on her life. She stated more than once, “I’ve had a pretty good life…I’ve had a lot of fun…I can’t complain.” We can all take solace in those words.

Please do not send flowers. Rose would say there were a waste. Rather, she liked the idea of donations being sent to St. Jude Children’s Research Hospital at www.stjude.org. Visitation Thursday, June 18th 12:00 pm until the time of the funeral service at 1:30 pm at the Holmdel Funeral Home, 26 South Holmdel Road, Holmdel. Entombment to follow in Holmdel Mausoleum. A repass/celebration of her life will be held at a later date once the state permits indoor dining.

The funeral home is required by the Governor of New Jersey to enforce social distancing and maximum capacity which is 50 people, including the family and funeral home staff. Masks are required. We thank you in advance for your understanding and cooperation.

To leave a condolence, you can first sign into Facebook or fill out the below form with your name and email. [fbl_login_button redirect="https://wbhfh.com/obituary/rose-thompson/?modal=light-candle" hide_if_logged="" size="medium" type="login_with" show_face="true"]
×