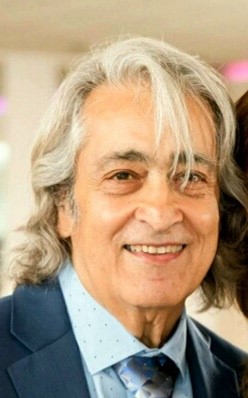 Sammy was born in Palermo, Italy and emigrated to the United States at the age of 6, settling in Brooklyn, NY. He went to New Utrecht High School and worked in the family pizza business with his father and siblings. After learning other jobs he settled into photography and began his career at Kodak as a successful salesman. On weekends he photographed weddings and created elaborate albums in Photoshop. Years later he advanced himself to work for DG3 Graphic as a graphic designer.

In addition to being a hard worker, Sammy loved music. He played guitar and enjoyed going to concerts. Some of his favorite bands were the Beatles, Van Halen, and Led Zeppelin. He enjoyed spending time with his wife, Dianne, collecting old cars, doing card tricks, magic tricks, and boating. He had an amazing community of friends that he had many laughs with. Sammy was a jokester, a prankster, and a passionate man who will be sorely missed.

Sammy is predeceased by his mother Paolina, father Rosario, and brother Anthony Spatola.

To leave a condolence, you can first sign into Facebook or fill out the below form with your name and email. [fbl_login_button redirect="https://wbhfh.com/obituary/salvatore-spatola/?modal=light-candle" hide_if_logged="" size="medium" type="login_with" show_face="true"]
×