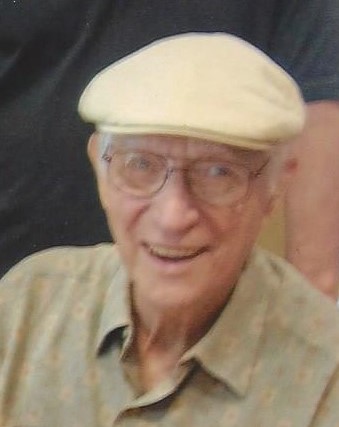 On the morning of May 6, Sergio Silvio Gangi, aged 93 died.  Up until four years ago he was a resident of Smithtown, New York and thereafter a resident of Holmdel, New Jersey, where he lived with his daughter’s family. Sergio was born in Manhattan on June 10, 1927 to Nicholas and Giovanna Gangi.  The family soon moved to Brooklyn, where he was raised.  Upon his graduation from New Utrecht High School, Sergio was called to honorably serve his country in WWII in the U.S. Army.   Upon returning home, Sergio entered a preparatory art program at the Newark School of Fine and Industrial Art.  This training led him to enroll in the National Academy of Fine Art on Fifth Avenue in Manhattan.  Members of this school have included many of our country’s leading professional artists, such as Frank Lloyd Wright and Andrew Wyeth, among others.  Sergio received many awards, the highest of which was the honor to showcase his prized portrait at the Metropolitan’s Museum of Fine Art Museum.  This diploma piece granted him a lifetime membership in National Academy of Fine Arts, an honorary association of professional artists.   Sergio often said that these years were some of the best years of his life.

However the tradition of having a family life ran counter to art and Serge knew it was time to put away his brushes and get on with the business of life, marriage.  Since he had always found beauty in life, it was no surprise he would find a beautiful young lady named Theresa to court, who would then become his wife.  They married on May 20, 1956 and raised two children together, Richard and Janine.  This year is their 65th wedding anniversary.

Sergio turned to the field of industrial design of machinery and equipment, by accepting an offer from a company started by two high school friends.  In short time, he became their lead designer and part of management.  This was the age of the commercialization of nuclear science, especially in the field of medicine, which had an impact on many aspects of American culture, including design.  This was an exciting time for Sergio because he was learning something new each day.  During this time Sergio was prominently involved in creating machinery to test for radioactivity, the design storage units for this material, and the development of diagnostic tools used in x-ray imaging.  Sergio went on to become President of Amity Fabricators and Park Metals, where his company designed and manufactured machinery and equipment ranging from hospital beds, to airport terminal equipment, to furniture in Disney Land.  Sergio was always eager to use the latest technology and Hitachi claimed that Sergio’s catalog of sub-routines for their numerically controlled machines in Sergio’s factory were the largest in the country.

To add to a rich career Sergio, also enjoyed spending time with family and friends and was known to be charming and entertaining, possessing humility, intelligence and a great sense of joy.   Adding to his roster of talents, Sergio was a master wood craftsman, a great dancer and dresser, the Risotto Boss, the family meat carver and assembler of all food platters, and the first one at the table.  He was loved by all and we are so sad to see him go but we know that he has not left us because he will be forever in our hearts.   You had us at hello.

Sergio is preceded in death by his father, Nicholas, his mother, Giovanna, and his brother Antonio.  He is survived by his wife, Theresa, and children Richard Gangi of Melbourne, Florida, and Janine and her husband Pradeep of Holmdel, his two siblings Eleanor Cerrachio and Garry Gangi, four loving grandchildren Arianna, Carissa, Gregory, and Caroline, and loving great-grandchild Daphne.

Visitation is Sunday, May 16, 2021 from 1:00 PM to 4:00 PM, at the Holmdel Funeral Home, located at 26 South Holmdel Road, Holmdel, NJ.  The Funeral Mass is Monday, May 17, 2021 at 9:15 AM, at Church of St. Catharine, 108 Middletown Road, Holmdel.  Entombment will follow the Mass at Holmdel Mausoleum, 900 Holmdel Road, Holmdel.  In lieu of traditional remembrances, the family requests with gratitude that memorial contributions in his name be directed to St. Jude Children’s Hospital; www.stjude.org.

Kindly note: For the health and safety of guests, current state and local health protocols of social distancing and the wearing of facemasks are being strictly enforced.

To leave a condolence, you can first sign into Facebook or fill out the below form with your name and email. [fbl_login_button redirect="https://wbhfh.com/obituary/sergio-silvio-gangi/?modal=light-candle" hide_if_logged="" size="medium" type="login_with" show_face="true"]
×