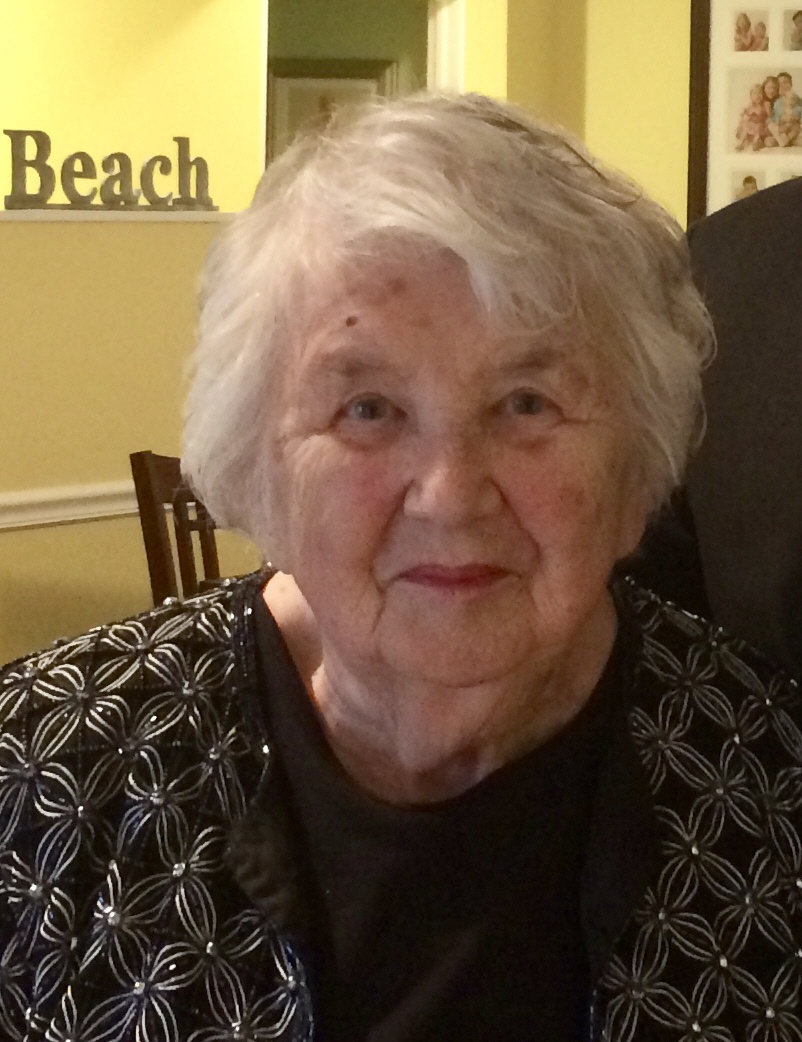 Sigrún (Dirra) Feerst, 90, of West Long Branch, NJ passed away peacefully on December 12, 2017 at Brandywine Sycamore in Shrewsbury. She was born in Reykjavík, Iceland where she met her beloved husband Albert Feerst in 1947. They were soon married and moved to Bronx, NY and then settled in West Long Branch, NJ in 1957.
While raising three children, Sigrún became trained and certified as an X-ray technician and worked for Orthopedic Drs. Lehman, Habstein, and Otis in Long Branch, NJ. After retirement, she volunteered for Family Children Services and then later the Clothing Closet at the Reformation Lutheran Church. She will always be remembered for her caring heart and how hard she worked for others.
She was predeceased by her husband, Albert; her parents Guðmundur R. Joelsson and Ólöf Jóhannsdóttir; her sisters Ellen Walstrom, California, Hanna Zorn, Ohio, and Gusta Guðmundsdóttir, Iceland; and her brother Eyjólfur Guðmundsson, Iceland.
Sigrún is survived by her children: Ann and Robert Herberg, Eric and Terry Feerst, and Mike and Linda Feerst; her grandchildren: Stephen and Kerry Bray, Thomas and Lauren Herberg, Derek Feerst, Brian and Natalie Feerst, Jay and Yahaira Gaudet, Jared and Angela Gaudet, and Brianna Feerst; her 11 great-grandchildren: Abigail, Noah, Katherine (Sigrún), Luke, Angel, Joseph, Jalen, Julian, Xavier, Peyton, and Jordyn; and nieces and nephews.
All arrangements are private and are entrusted to the Woolley-Boglioli Funeral Home, 10 Morrell Street, Long Branch, NJ 07740. In lieu of flowers, donations may be made in Sigrún’s memory to the Reformation Lutheran Church Food Pantry / Community Clothes Closet at 992 Broadway, West Long Branch, NJ 07764.

To leave a condolence, you can first sign into Facebook or fill out the below form with your name and email. [fbl_login_button redirect="https://wbhfh.com/obituary/sigrun-gudmundsdottir-feerst/?modal=light-candle" hide_if_logged="" size="medium" type="login_with" show_face="true"]
×