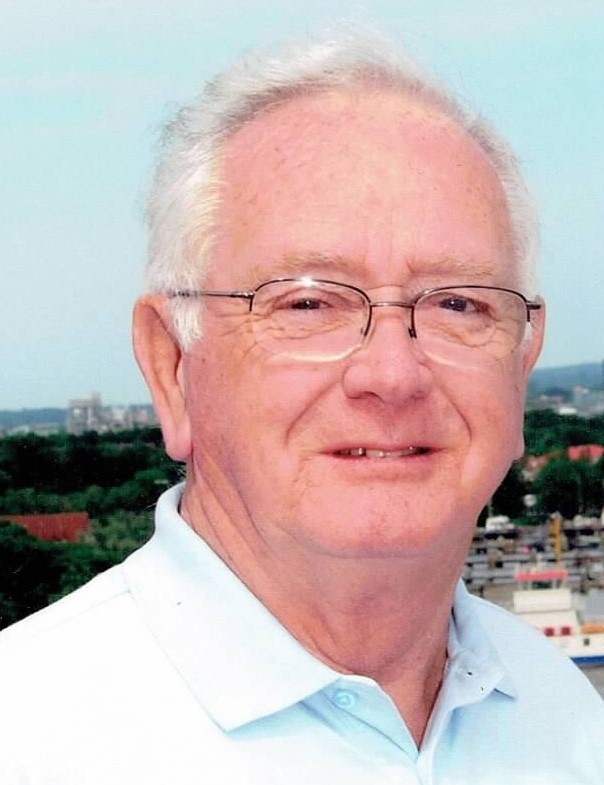 Thomas F. Shortell, 81, of Sarasota, FL, and Lakewood, NJ, passed away at his home in Florida on December 20, 2016. He was the beloved husband of Jacqueline (DeNicola) Shortell, to whom he had been married for 59 years. Tom was born on June 14, 1935, in Brooklyn, NY. After his father, PVT Thomas F. Shortell, USMC and FDNY, died in WWII, Tom was raised by his grandmother Helen O’Mara Shortell and Uncle Jack Shortell. He was a graduate of St. Augustine High School in Brooklyn, and Manhattan College in NYC. He spent his entire career as a Certified Public Accountant with Arthur Andersen & Co., retiring in 1994. During this time he was a member of the New Jersey Society of Certified Public Accountants and the American Institute of Certified Public Accountants. He was proud of his Irish heritage and belonged to the Friendly Sons of Saint Patrick of the Jersey Shore. In his retirement he enjoyed playing golf, traveling the world, and spending time with his large family. Tom and Jackie raised their family in Matawan and Holmdel, NJ. In addition to his wife, Tom is survived by two daughters, Susan and her husband Neil Mackinnon of Chelmsford, MA, and Jacqueline and her husband Charlie Olynyk of Monmouth Beach, NJ, and two sons, Thomas F. Shortell and his wife Vivian of Tinton Falls, NJ, and David Shortell of Monmouth Beach, NJ. He is survived by his siblings Carol Meade and her husband Tom, Jerry Shortell and his wife Janet, and Helen Bonner and her husband Don O’Hanlon, all of Sarasota, FL. He is also survived by his grandchildren Thomas, Timothy, Kristen and Anna Shortell, Sean Hennessey, and Nathan, Owen and Cassie Mackinnon, and great-grandson Mark Charles Sides, Jr. Other family members include Elizabeth and John Avicolli and many more cousins, nieces and nephews. Visiting hours will be on Tuesday, January 3rd, 4:00 to 8:00 pm at the Holmdel Funeral Home, 26 S. Holmdel Road, Holmdel, NJ. His funeral service will be held at 9:15 am on Wednesday, January 4th, at St. Catharine’s RC Church, 108 Middletown Road, Holmdel. Entombment to follow in Holmdel Mausoleum. In lieu of flowers, please consider a donation in Tom’s memory to the American Cancer Society. To share a favorite memory of messages of condolence, please visit Tom’s Book of Memories at www.holmdelfuneralhome.com.

To leave a condolence, you can first sign into Facebook or fill out the below form with your name and email. [fbl_login_button redirect="https://wbhfh.com/obituary/thomas-f-shortell/?modal=light-candle" hide_if_logged="" size="medium" type="login_with" show_face="true"]
×