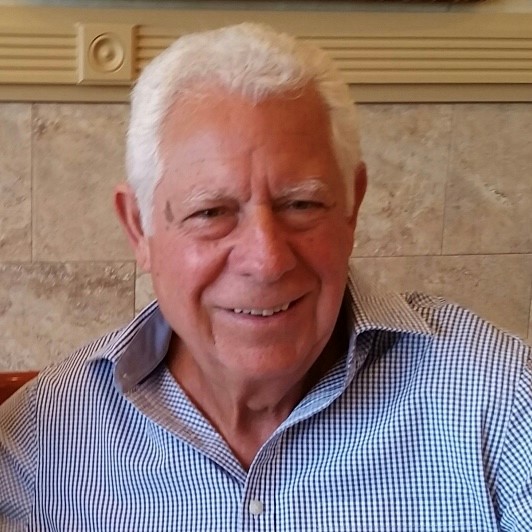 Born in Sicily, William and his family immigrated to Brooklyn when he was 7 years old, where he was raised in East New York. He attended Franklin K. Lane High School and following his graduation he went into the US Army; he was stationed all over Europe and was able to see a lot of incredible places. When he was honorably discharged, he returned to New York and reconnected with his childhood friend Estelle and in 1964 the two would marry and move to Ozone Park, Queens. At this time William would begin his career in finance and also have his first son Craig in 1968.  The Family moved to Old Bridge, NJ and William would leave finance to start his own Italian Pork store in Canarsie, Brooklyn and have his second son, Robert in 1972. William sold the store and return to a career in finance where he was able to work his way to Senior Managing Director of Bear Stearns, retiring in 2000.

In 1987, the Family relocated to Holmdel, NJ where William enjoyed golfing, traveling the world with his wife, spending time with his family and he still loved to keep up with the markets and day trade.

William is survived by his loving wife Estelle; his sons Craig & Robert; his daughter-in-law Liza; his beloved grandchildren Joseph and Gianna and his sisters Fina, Anita and MaryAnn.

Visitation will be Tuesday, February, 9th from 2:00-7:00 PM at Holmdel Funeral Home, 26 S. Holmdel Rd, Holmdel. A mass of Christian burial will be offered Wednesday, February 10th at 10:30 AM at St. Catherine’s RC Church, 108 Middletown Rd, Holmdel, an entombment will follow at the Holmdel Cemetery Mausoleum.

In lieu of traditional remembrances, William’s family requests with gratitude that memorial contributions in his name be directed to the Special Olympics https://support.specialolympics.org.

To leave a message of condolence or to share a favorite memory please visit William’s page at www.holmdelfuneralhome.com.  All current health restrictions apply.  Masks are required.

To leave a condolence, you can first sign into Facebook or fill out the below form with your name and email. [fbl_login_button redirect="https://wbhfh.com/obituary/willaim-s-gangi/?modal=light-candle" hide_if_logged="" size="medium" type="login_with" show_face="true"]
×