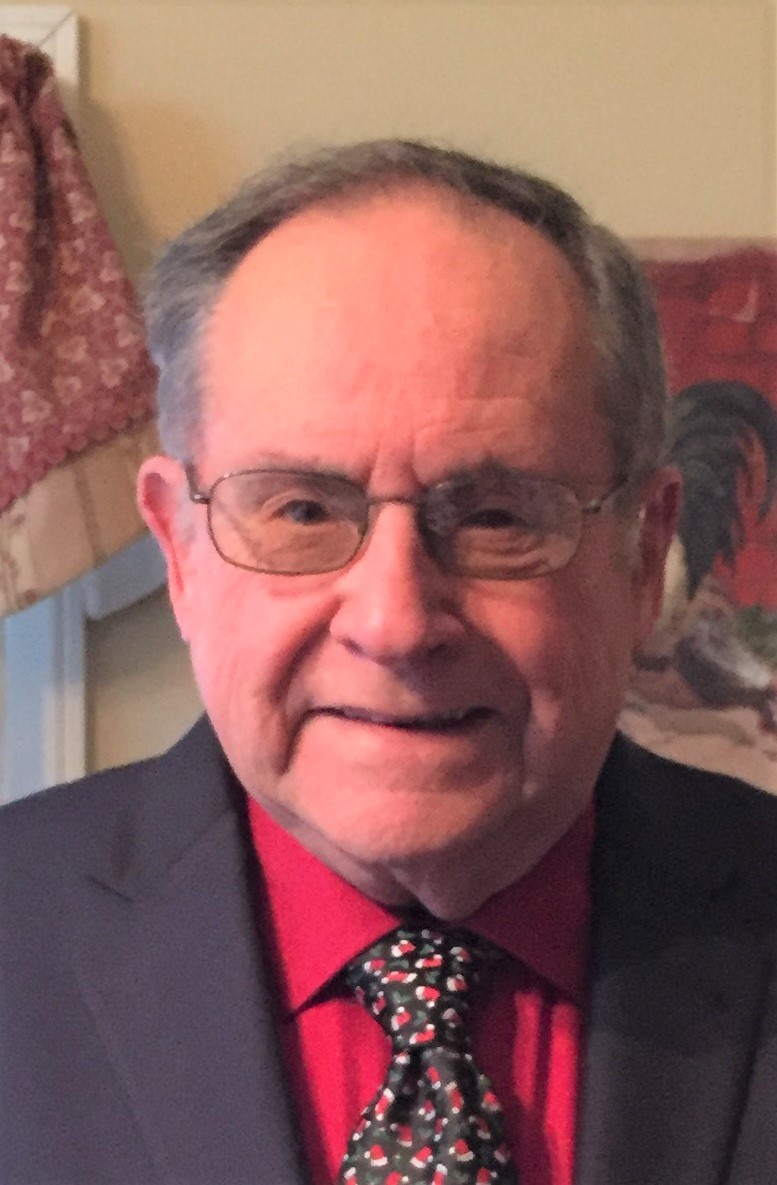 William “Bill” Blackwell Madge, age 85, passed away on June 21 at Maple Farm, Akron, PA. A former resident of Gordonville, PA and Holmdel, NJ, he was born in Neptune, NJ. Bill was the only child of the late Wreiford and Lillian Madge of Freehold, NJ. He is survived by his wife of 54 years (June 24) Linda Schanck Madge and his daughter Laura Madge (Arlington, VA). He is also survived by his sister-in-law Emily Schanck (Gordonville, PA) and nieces Christine Kellish (Vernon, NJ) and Sonja Coull (Clayton, NC).

After Bill graduated from Freehold High School in 1954 he enlisted in the Navy from 1954-58 as a Yeoman 3rd class, with two years in Annapolis and two years in Bermuda. Upon Honorable Discharge, he went to Monmouth College and graduated with a degree in Graphic Arts and Illustration in 1961. Bill continued his education at Pratt Institute and graduated with a BFA in Graphic Arts and Illustration in 1965. Bill was employed in New York City at JC Penny, Equitable Life Insurance, and Mutual of New York (MONY) life insurance companies. Upon leaving New York City, he was employed at Monmouth County Park System for 25 years, as a Senior Graphic Designer. After Bill retired in 2001, his hobbies included travel, model trains, photography, and especially fine art painting. He was a former member of the Holmdel Community Church UCC.  Bill was proud to be a lifetime member of the Holmdel Fire Company #1.

The family would like to express their thanks to Maple Farm for his wonderful care. In lieu of flowers, donations may be made to the American Diabetes Association or the National Toy Train Museum, 300 Paradise Lane, Ronks, PA 17572.

Family and Friends are invited to attend Bill’s viewing on Wednesday, June 30th from 1:00 pm until the time of the service at 3:00 pm at the Holmdel Funeral Home, 26 South Holmdel Road, Holmdel.  Entombment to follow at Holmdel Mausoleum.  For messages of condolence, please visit Bill’s page of tributes at www.holmdelfuneralhome.com.

To leave a condolence, you can first sign into Facebook or fill out the below form with your name and email. [fbl_login_button redirect="https://wbhfh.com/obituary/william-bill-blackwell-madge/?modal=light-candle" hide_if_logged="" size="medium" type="login_with" show_face="true"]
×