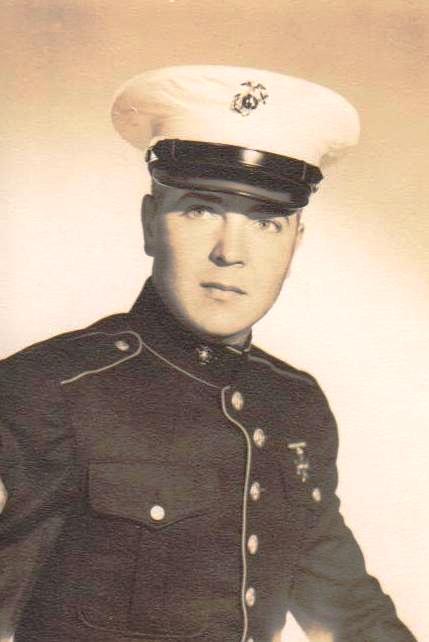 Zacharias Anthony, 85 of West Long Branch, died on Thursday, August 4th at his home. Mr. Anthony was born in Red Bank and lived in Long Branch and Florida before recently moving to West Long Branch. He served proudly and was honorably discharged from the U.S. Marine Corp. He spent his life working and managing Amusement arcades along the Jersey Shore, including Leon's Arcade at the Long Branch Boardwalk where he kept the famous carousel running for many years. Mr. Anthony also worked at Nick's Amusements, 5th Avenue Fun Land and the Rumpus Room and was a member of the Amusement Association of New Jersey. Zack's children have fond memories of his prize winning Halloween costumes. He was the proud recipient of the Manley Performance Award (2003-2004), which he received while working on the Ford SVT Mustang Cobra Connecting Rod Team. He lived a life of integrity and honesty, which he instilled in each of his six children. Surviving is his wife of 60 years, Angela Anthony; their children, Arlene and Joseph Nuzzo, Millsboro, DE, Linda and Joseph Freda, North Caldwell, Michael and Cathy Anthony, West Long Branch, James Anthony, Asbury Park, Jeanne Reichardt and Chris Marsh, Oakhurst and Kenneth Anthony, Orlando, FL; two sisters, Ruth Quaglia and Virginia Patterson; nine grandchildren, Joseph and his wife Katie, Alison and her husband Rich, Jessica, Joseph and his wife Genesia, Matthew and his wife Ashley, Laurie, Jillian and her husband Richard, Danielle, Stephanie; eight great grandchildren, Kaiden, Logon, Avery, Alex, Christian, Caroline, Grace and Blake; as well as several nieces and nephews. In lieu of flowers, please send donations to: State Police Family Assistance and Support for Troopers – SPFAST, P.O Box 43, Sea Girt, NJ 08750 Memorial gathering Sat. Aug. 13th, 11am until the time of the funeral service at 12:30pm at the Woolley-Boglioli Funeral Home, 10 Morrell Street, Long Branch. To share a favorite memory or messages of condolence please visit Mr. Anthony's Book of Memories at www.woolleyboglioli.com.

To leave a condolence, you can first sign into Facebook or fill out the below form with your name and email. [fbl_login_button redirect="https://wbhfh.com/obituary/zacharias-anthony/?modal=light-candle" hide_if_logged="" size="medium" type="login_with" show_face="true"]
×