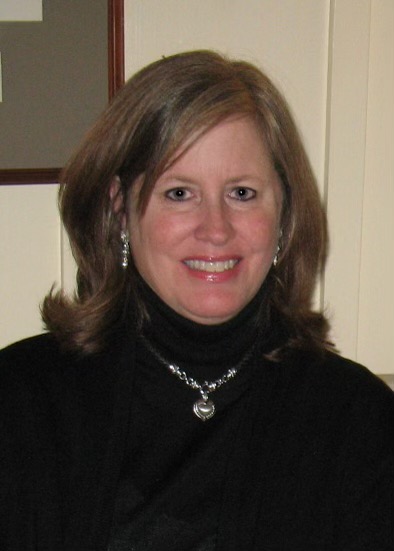 Cheryl was born on January 18, 1959 in Cambridge, Massachusetts, the daughter of Ray A. Campbell Jr. and Joanne Louise (Kasson) Campbell.  She graduated from Lexington High School in Lexington, Massachusetts and the University of New Hampshire, where she met her former husband, Peter A. Dickson.

After living in New York City for a time, Cheryl and Peter moved to Fair Haven and then Rumson, New Jersey where they had a family of four boys.  More than anything, Cheryl loved raising her family, cooking for and with her boys, and traveling all over New Jersey and the northeast to watch them play hockey.  A high school hockey player and state softball champion, Cheryl was a passionate sports fan her whole life and derived much joy from watching her beloved Red Sox, Bruins, Celtics and Patriots.  Victories against New York teams were particularly savored.

Before having children, Cheryl worked at the Harvard Management Company in Cambridge, Massachusetts, and Standard & Poor’s in New York City.  After her children were raised, she completed the nursing program at Brookdale Community College and became a registered nurse, spending most of her career working for Family Practice of Middletown.  A life-long learner, in recent years she became a medical coder after receiving numerous credentials and certifications in the field from Drexel University.

Cheryl lived in New Jersey for more than thirty-five years and took her adopted home state to heart.  Cheryl adored coastal Maine, especially York where she vacationed with her parents, and Kennebunkport where she vacationed with her family.  In addition to her hometown, Lexington, Cheryl also loved the Berkshires from summers spent in West Stockbridge with her maternal grandparents, and from numerous family visits to the Red Lion Inn in Stockbridge, Massachusetts.

Cheryl was deeply religious, since her childhood at Hancock Church through her many years as a member of Tower Hill First Presbyterian Church in Red Bank, New Jersey.  The Lord’s Prayer was a particular favorite and a source of much strength and peace for her.

Cheryl will be remembered for her friendly, outgoing personality.  She was very sociable and always showed a genuine interest in the people she was with.  From her sorority days in college at Alpha Chi Omega to her book group and various clubs, Cheryl made many strong friendships, and it seems that she had a loving nickname for nearly every friend and family member.

Cheryl is survived by her loving children, Scott N Dickson and his fiancée Alexandra (Alley) Grimes of Florida, Taylor A Dickson, Campbell A Dickson, and Peter A Dickson Jr. (PJ) of New Jersey; her brother Ray A. Campbell III and his wife Patricia Monaghan Campbell of Waltham, Massachusetts; her ex-husband and father of her children, Peter A. Dickson; and many nieces and nephews.

Cremation was private.  A celebration of Cheryl’s life will be held at a later date. To leave a message of condolence or share memories please visit her page at https://wbhfh.com/obituary/cheryl-c-dickson/.

To leave a condolence, you can first sign into Facebook or fill out the below form with your name and email. [fbl_login_button redirect="https://wbhfh.com/obituary/cheryl-c-dickson/?modal=light-candle" hide_if_logged="" size="medium" type="login_with" show_face="true"]
×