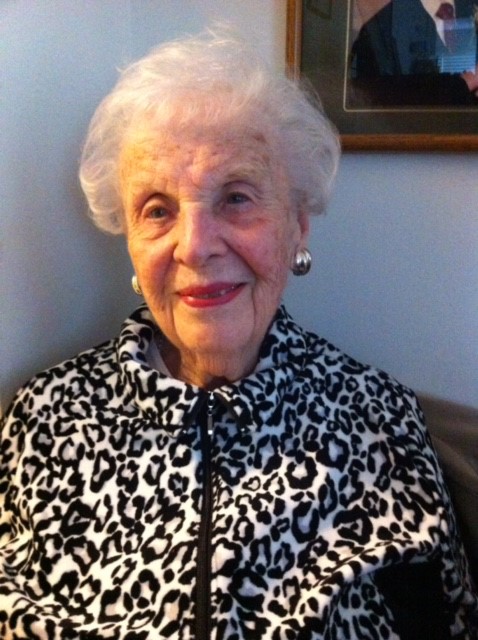 Adele was born in 1917 to the former Jennie Schneider and Harry Michelsohn in Wall Township, where the Michelsohn family owned a liquor distillery and bottling plant. She started school in Belmar, but when she was 6 ½, after prohibition forced the business to close, the family moved to Long Branch. There, they joined her mother’s family in running summer resort hotels, and Adele had an idyllic childhood of spending every summer at the beach.  She attended Long Branch schools and was a graduate of Long Branch High School and Monmouth Junior College. She met Joseph Becker of Red Bank at a friend’s party, and after they married in 1940, she moved there and was embraced by his large extended family. In 1950, Adele and Joe planned and built their dream home in Little Silver, where she lived until 2001, when she moved to Seabrook  Village in Tinton Falls.

Over the years, Adele became a working partner with her husband in the family business, Becker Hardware, particularly after it relocated from Red Bank to Colts Neck in 1972. She was well known to customers, appreciated for her friendly smile and helpful service, and she was frequently recognized in and around Monmouth County, well after she “retired” at the age of 86.

Adele had a sharp memory and was a great resource about family history. She also loved to share memories about the Jersey Shore, noting all the changes that had occurred in her lifetime.  Adele and Joe shared a love of travel and visited every continent, documenting their travels with extensive albums of photographs taken by Joe and organized by Adele.  They also shared a love for homegrown fruit and vegetables, cultivated by Joe and cooked by Adele; and their home was always adorned with vases of fresh flowers, grown by Joe and arranged by Adele.

Adele was a long-time member of Congregation B’nai Israel, Rumson, and a life member of the Sisterhood. She also was a life member of Hadassah and the Deborah Hospital Foundation. Adele was an active member of the Seabrook community, where she volunteered as a teacher’s aide at the Mahalia F. Atchison School in Tinton Falls, served on a committee to welcome new residents, and belonged to a book club.

She was predeceased by her husband Joseph in 1998, and by her sister Sylvia Drazen. Surviving are her daughter Gail Becker of Louisville, KY, her son Arthur and his wife Karen of Shrewsbury, and two grandsons, Dan and Jeff Becker, and Jeff’s fiancee Allison Flynn.

Private funeral service and interment will be on the Becker family plot at B’nai Israel Cemetery, Tinton Falls.

Memorial contributions may be made to Congregation B’nai Israel or the charity of one’s choice.

To leave a condolence, you can first sign into Facebook or fill out the below form with your name and email. [fbl_login_button redirect="https://wbhfh.com/obituary/adele-becker/?modal=light-candle" hide_if_logged="" size="medium" type="login_with" show_face="true"]
×