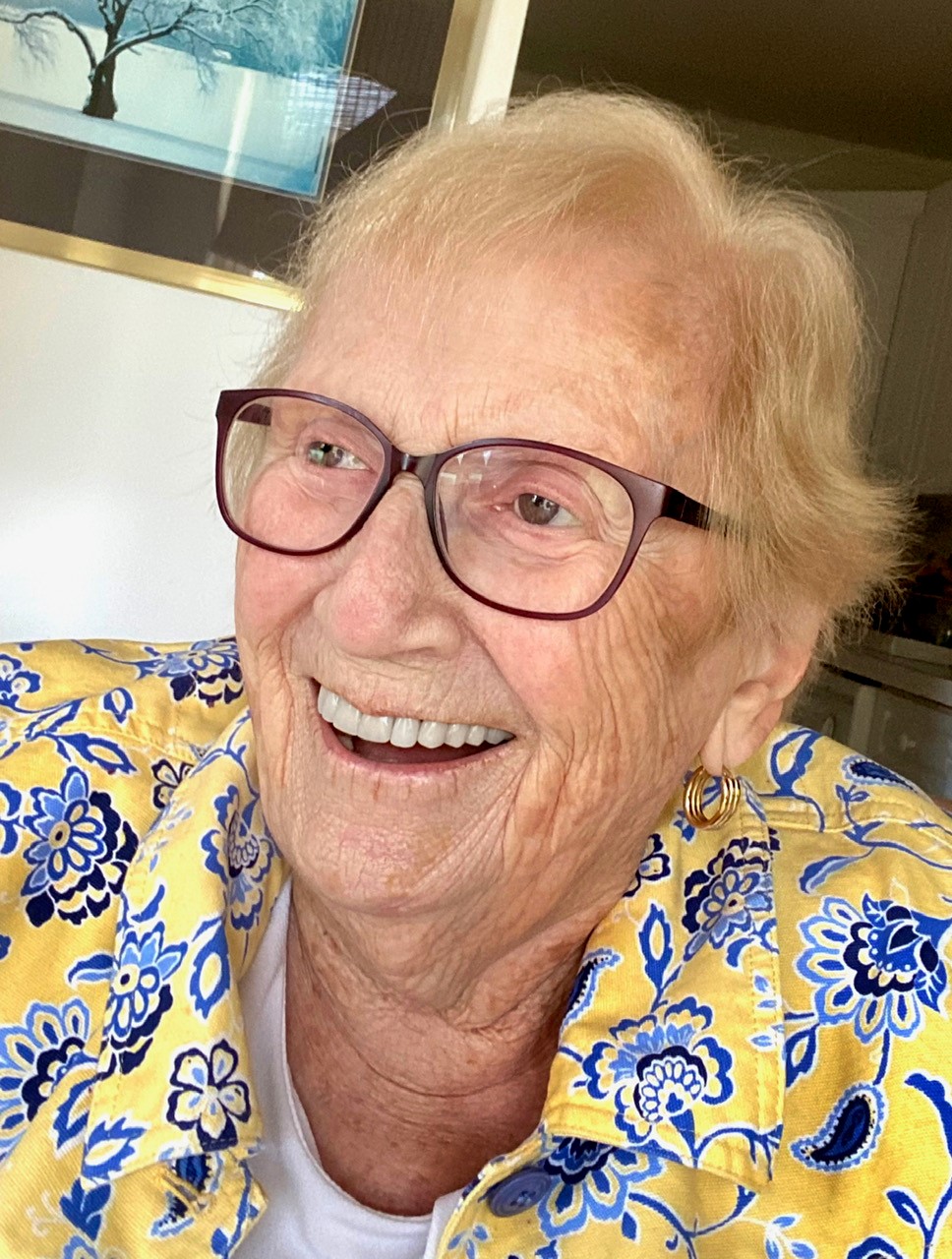 Ann Wheeler De Santis, 91, died peacefully in her sleep at her home in Tinton Falls, NJ on Wednesday, October 6, 2021.

Ann was born in Long Branch, NJ on September 18, 1930, to the late Norman and Mabel Wheeler and graduated from Long Branch High School (Class of ’48). It was where she met her future husband, Thomas P. De Santis. They were married for 63 years until his death.

After high school Ann graduated from Montclair State College with a teaching degree. She went on to teach elementary school for three years in Missouri, and New Jersey. While retired from teaching, she worked tirelessly as a mother and role model for her four children. She enjoyed both raising her family and volunteering her time to support many of the activities that involved her children including the Cub Scouts, the Boy Scouts, the Manasquan High School Drama Club, and the school band.

On vacation, Ann and Tom traveled extensively to Europe, Australia, New Zealand, India, China, and many parts of the United States. Ann was also known as an excellent cook and a wonderful entertainer. Her children said that she was the “Martha Stewart before Martha Stewart.” She welcomed friends and relatives into her home for large celebrations like Casino Night, Christmas and New Year’s Eve and smaller, intimate birthday and anniversary dinners. Regardless of the occasion, or size of the party, her home was always decorated and ready to make everyone feel welcome.

The family split their time between Belmar, NJ where her children attended school and Lavallette, NJ where the family business, Martin’s Drug and Department Store and Martin’s Casuals, were located. Ann worked as a buyer for the department store and a sales associate for the clothing store. When the businesses were sold, Tom and Ann retired to Seabrook Village in Tinton Falls.

Ann was fast to make friends and maintained many friendships her entire life. She enjoyed a good story, a good book and a good laugh. As her dementia progressed late in her life, it robbed her of the ability to keep current with her friends, but her memories of the lives shared seemed to sustain her.

Her faith was another important aspect to her life. While in Belmar she was a parishioner at St. Catherine’s and St. Margaret’s Roman Catholic Church, Spring Lake, NJ. Later, she attended mass at Seabrook where Tom served as an usher.

A Mass of Christian Burial will be offered on Friday, October 29 at 11:00 am at Seabrook Village, Town Square Auditorium, 3000 Essex Road, Tinton Falls, NJ 07753. For those who are unable to attend, a link to a video of the Mass can be found at www.WoolleyBoglioli.com on Ann’s page.

In lieu of traditional remembrances, please consider donating in Ann’s name to FULFILL (The Food Bank of Monmouth and Ocean Counties); https://fulfillnj.org/.

To leave a message of condolence or to share a favorite memory, please visit Ann’s page at www.WoolleyBoglioli.com.

To leave a condolence, you can first sign into Facebook or fill out the below form with your name and email. [fbl_login_button redirect="https://wbhfh.com/obituary/ann-a-desantis/?modal=light-candle" hide_if_logged="" size="medium" type="login_with" show_face="true"]
×