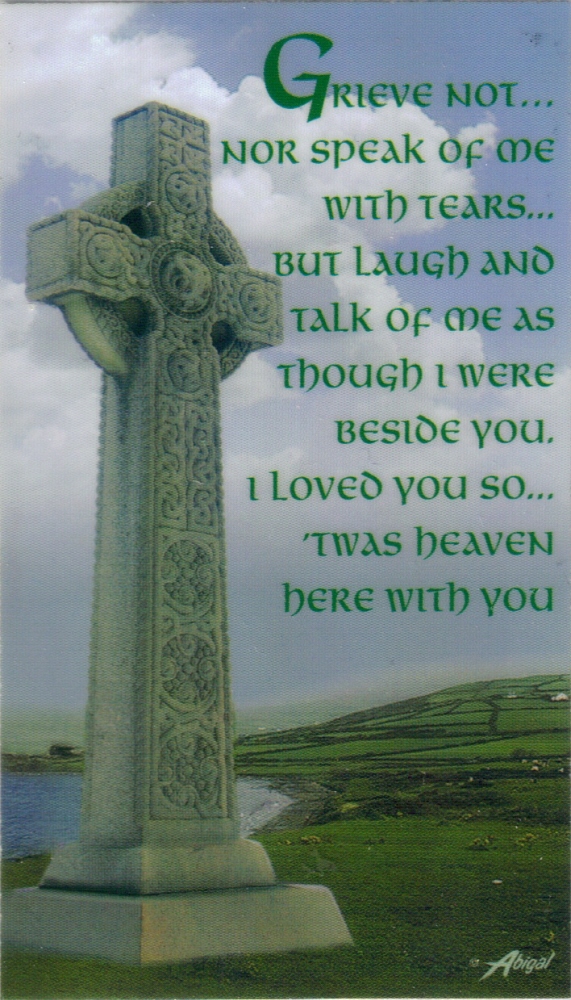 Anna Dolores (Flanagan) Casey 91, passed away Saturday, November 24, 2012 at the Southern Ocean Care Center, Manahawkin, NJ. Born in Brooklyn New York on August 21, 1921, she lived in Matawan, NJ and Hernando Florida before moving to Barnegat 35 years ago. During her career, Anna was employed by the Federal Reserve Bank of New York and the First National Bank of Toms River. After retirement, she spent her time with the Food Pantry of Barnegat Township and was a member of the Silver Liners. She was predeceased by her parents, David and Hannah Flanagan, her brothers, David, James, John and Martin, and her sisters Florence and Frances. She is survived by her husband of 54 years Thomas W. Casey. Sons Joseph Flanagan and his wife Kathryn of Colts Neck, NJ, and William Casey and his wife Brenda of Murfreesboro, TN. She is also survived by five grandchildren and four great grandchildren as well as numerous nieces and nephews. Visitation will be held on Tuesday from 2-4 and 7-9PM at the Holmdel Funeral Home 26 South Holmdel Road, Holmdel. A Mass of Christian Burial will be offered Wednesday 9:00AM at St Mary's R.C. Church, Colts Neck, NJ. Burial will follow at Brig. General William C. Doyle Veterans Memorial Cemetery, Arneytown, NJ.

To leave a condolence, you can first sign into Facebook or fill out the below form with your name and email. [fbl_login_button redirect="https://wbhfh.com/obituary/anna-d-casey/?modal=light-candle" hide_if_logged="" size="medium" type="login_with" show_face="true"]
×