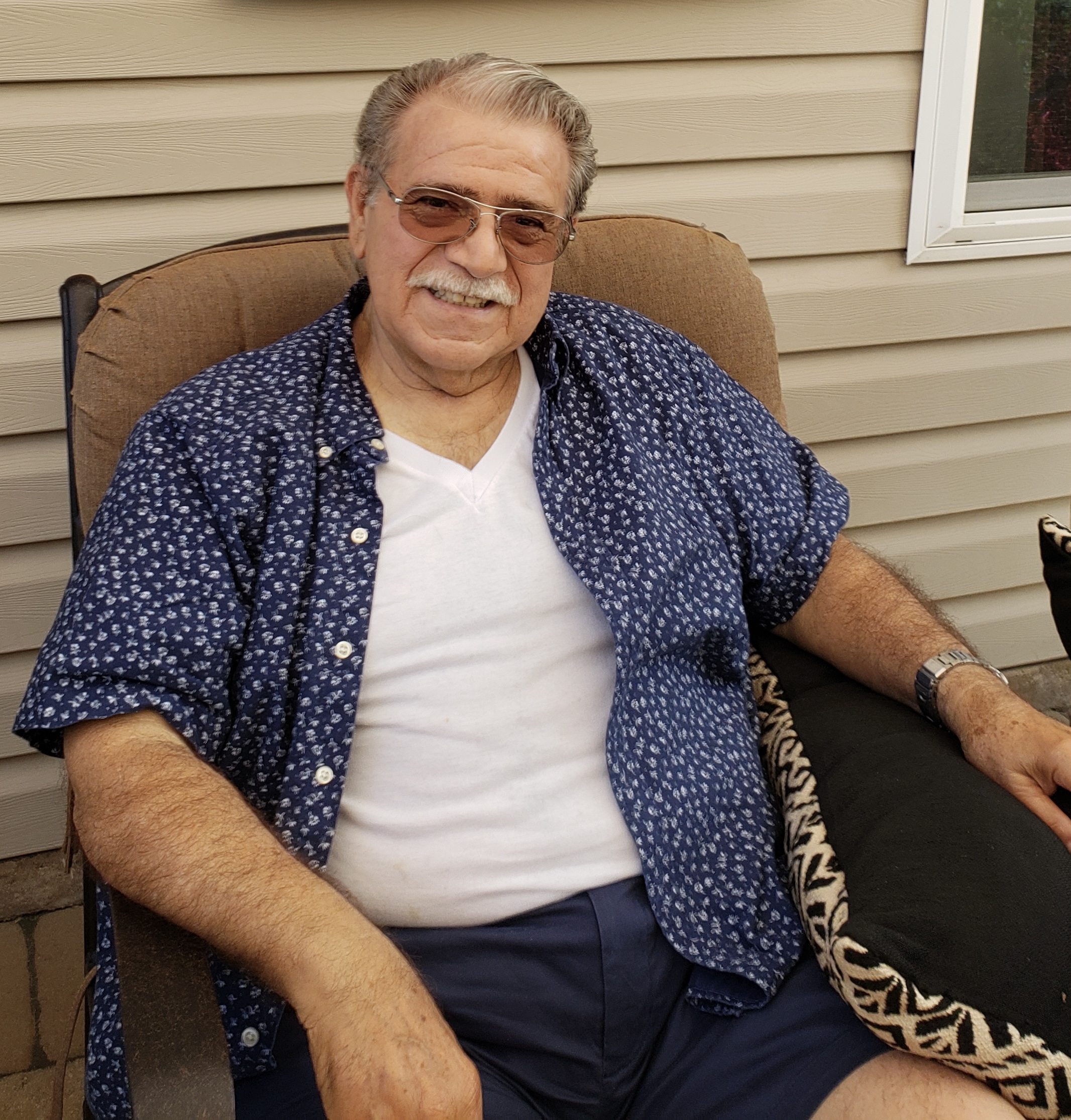 All services are private.

He was born and raised in Brooklyn, NY to the late Adeline and Anthony Vanario in 1943. He spent 30 years in Staten Island, NY and the last 15 years in New Jersey.

Shortly after graduating from Franklin K Lane High School, Tony went to work with his father in the grocery business.  He then joined his wife’s family, Marino Tile, which gave him the knowledge of products and installation.  He was inspired to bring the product to the end user and worked hard to create a retail showroom.  Tony was the visionary and creator of Richmond Ceramic Tile in Staten Island, NY.  But what he was most proud of and would always say, is that he was a salesman.  His son joined him in the family business and he continues Tony’s legacy.

Tony’s passion was the outdoors where he enjoyed gardening and had wonderful gardens which he shared with his family, that now continue on in his memory through his daughter.  He also loved canning and providing friends and family with preserved food.  If you ever had his caponata, cranberry sauce or his famous “Poppy Sauce”, consider yourself lucky.

Tony raised purple martin colonies and could always be counted on for knowing everything about every bird he ever saw, which comes in handy when you have grandchildren.  He loved to travel with his wife and provide family vacations for his children and grandchildren.  Those memories will be cherished for a lifetime, whether it was the Galapagos, the Pocono’s, Siesta Key or Disney.

Tony could always be found with his camera capturing the beauty of nature and documenting family vacations, events and holiday get togethers.  But most often he was found photographing his grandchildren.  Wherever life took Tony’s grandchildren, Tony would be close by to capture everything on film…what a wonderful gift!

Tony enjoyed historical documentaries and movies of all genres, but he appreciated comedies the most.  Growing up, Tony’s children would sit with him and they would watch the classics together, so much so that both his Son and Daughter could recite every line of “It’s a Mad, Mad, Mad, Mad World” or “Blazing Saddles”.  His laughter imprinted on you, and you couldn’t help but smile when you heard him laugh.

Tony played the Spanish Guitar and enjoyed music.  The Godfathers Theme, Andrea Bocelli’s The Prayer and Clair De Lune were some of his favorites.

Later in life, he took up target and clay shooting.  His friends and he would often take trips together where they would bond over their hobby, but we all knew it was just an excuse to take a mancation.  He cherished his friends deeply and he spoke of them often with his family.

He is survived by his wife, of 52 years, Angela Vanario, she was the love of his life.  Together they built a successful business and raised a beautiful family.  Also surviving are his children, Paula and her husband Frank Bal of West Windsor, and Anthony and his wife Camille Vanario of Holmdel, his sisters Nancy Vanario and Joanne Barbera, his five grandchildren Jessica, Frankie, Emma, Sophia, and Anthony, and his favorite 4-legged friend Jade.  Tony is predeceased by his grandson, Christopher.

Services will be private.

In lieu of flowers, please consider making a donation to one of the following charities in Tony’s name: Multiple Myeloma Research Foundation, Memorial Sloan Kettering, the American Lung Association, the American Heart Association, Red Cross, or the National Audubon Society of NJ.

To leave a message of condolence or leave a favorite memory, please visit Tony’s page of tribtes at holmdelfuneralhome.com.

To leave a condolence, you can first sign into Facebook or fill out the below form with your name and email. [fbl_login_button redirect="https://wbhfh.com/obituary/anthony-b-vanario/?modal=light-candle" hide_if_logged="" size="medium" type="login_with" show_face="true"]
×

All services are private.