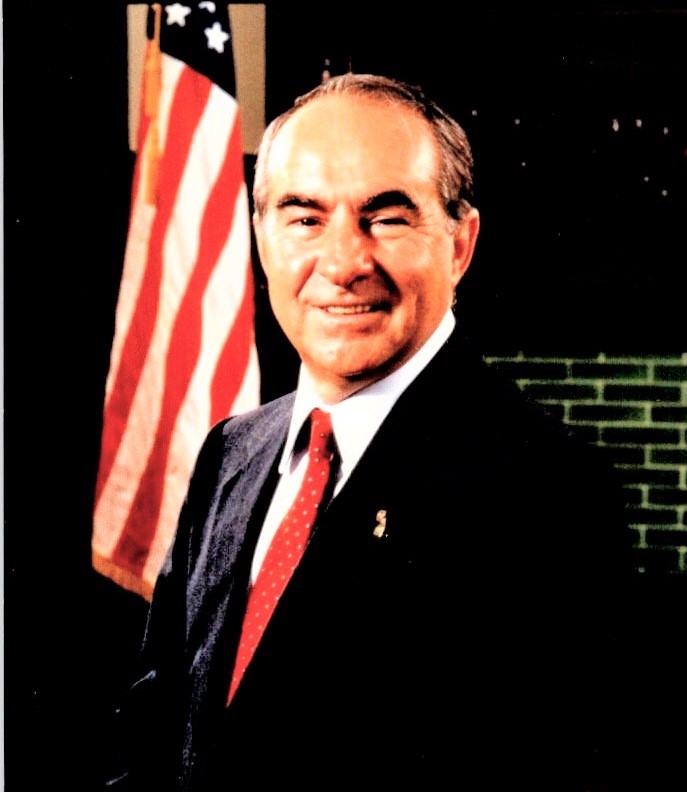 Anthony M. Villane, Jr., 92 of Eatontown, NJ passed away peacefully on Wednesday, June 29 at Monmouth Medical Center with his wife and children by his side. Anthony was born in Newark on December 24, 1929, the son of Anthony and Margaret Villane.

Anthony was educated in the Newark Public School System and graduated from Barringer High School in 1948 where he met the love of his life Sarah 79 years ago. He attended Rutgers Newark where he concentrated on a pre-dental curriculum and was a multiple letter winner in fencing, track and wrestling. He was admitted to Temple Dental School in Philadelphia, PA and earned his Doctor of Dental Surgery in 1955. After earning his dental degree, he served as a Captain in the United States Air Force from 1955 to 1958.

In 1958, Anthony established a dental practice in Eatontown where he maintained a family practice for nearly 55 years. Anthony always contended that if you could give a person a smile you could change their life. He touched countless patients by improving their smiles over the many years he was in practice.

Anthony was a long-time shore resident and lived for many years in Long Branch where he and Sarah raised their 5 children. In 1974, he was tapped to be a member of the Long Branch Board of Education.

As an avid sailor, Anthony became aware of the ravages of offshore pollution and the need for funding for shore protection. Motivated to make a change, he began to think about running for elective office. In 1975, he received the Republican nomination to run for a seat in the New Jersey General Assembly. He was elected in 1975 and held the coastal district seat until 1988.

Anthony, known as Doc in many political circles, quickly became known for his crusade to end offshore ocean pollution and to establish a stable source of funding for shore protection. Congressman Jim Howard once said, “no one has done more to protect our environment than Doc Villane”. Anthony later sponsored a bill, signed into law by Governor Kean, to establish the first bond act to protect our coastal communities. From 1985 to 1988, Anthony served as head of the powerful Joint Appropriations Committee, where he was successful in delivering aid to many shore communities in Monmouth County.

Anthony will be remembered as a true gentleman; a kind, even tempered man whose counsel was often sought. He loved being surrounded by his family of 5 children, 9 grandchildren and 6 great-grandchildren. He cherished Sunday dinners (sometimes numbering into the 30s), which included family, extended family, friends and even recent acquaintances.

Anthony was also a champion gin player, a classic storyteller and the consummate Sinatra fan. He was a member of Deal Golf and Country Club. He had an extraordinary repertoire of jokes and could often tell them to his friends and family members by just quoting punchline. He truly loved his life and all the many people in it. Anthony had a gift for always making people feel important and his kindness will be forever missed.

Anthony was predeceased by his daughter Cora Sue Santopietro and his sisters Maryann, Grace, Peggy and Michele. He will be lovingly remembered by his high school sweetheart and wife of 69 years Sarah, his four children and their spouses: Anthony and Barbara Villane; Maggi Villane and Richard Tobin; Thomas and Sandie Villane, and Michael and Sharon Villane and his son-in-law Robert Santropietro. Of all the many names he was known by: Anthony, Brother, Tony, Doc, by far his favorite was Grandfather. Each of his grandchildren and great-grandchildren earned a new $100 bill as soon as they could pronounce it. He will be remembered fondly by his 9 grandchildren, Anthony Villane and his wife Becky; Megan Bonett and her husband Tim; Matt Villane and his wife Kaylee; Robert and Angela Santropietro; Carly and Alli Villane, and Michael and Alex Villane and great-grandchildren Molly, Brady and Lily Bonett; Luca and Avery Villane, and Jett Villane.

A special thanks to the entire staff of doctors and nurses at Monmouth Medical Center and the Leon Hess Cancer Center for their kindness and care. We are especially thankful for the dedication and treatment received from Dr. Sumit Talwar at Monmouth Hematology and Oncology Associates.

The Villane family will be celebrating Anthony’s life with services ­­at the Woolley-Boglioli Funeral Home, 10 Morrell St., Long Branch, NJ 07740 on Friday July 1st from 2pm to 4pm and 7pm to 9pm with a Funeral Mass at St. Michael’s Church in Long Branch on Saturday July 2nd at 10AM.

In lieu of flowers, contributions can be made to Juvenile Diabetes at www.JDRF.org or a charity of your choice.

To leave a condolence, you can first sign into Facebook or fill out the below form with your name and email. [fbl_login_button redirect="https://wbhfh.com/obituary/anthony-m-villane-jr/?modal=light-candle" hide_if_logged="" size="medium" type="login_with" show_face="true"]
×