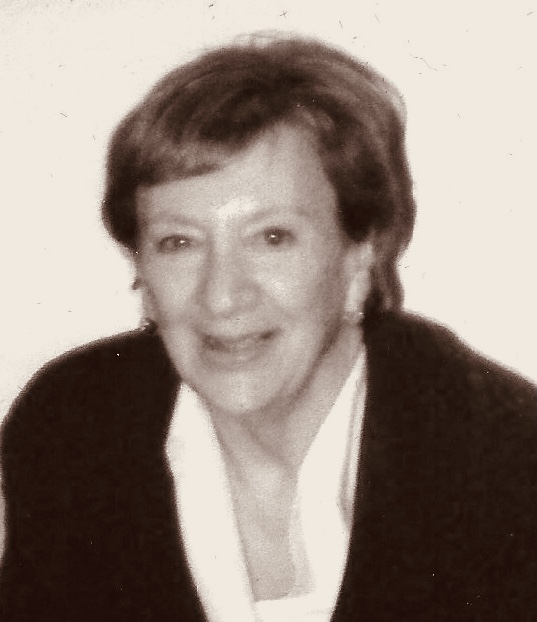 Arline L. Mayer died peacefully at her home in Ventura, California on January 3, 2021.  She was 86 years old and is survived by her beloved husband and constant companion of 64 years, Morton S. Mayer; her three children, Karen Tamang of Ventura, California; Steven Mayer, of Los Angeles, California; and Paul Mayer, of Kailua, Hawaii; her grandchildren David Mayer, Alison Mayer, Liana Mayer, and Maya Tamang; and many nephews, nieces, grandnephews, grandnieces, cousins, and friends who respected, admired, and loved her.

Arline Levine Mayer was born in Long Branch, New Jersey on March 11, 1934, the second of three children of David and Frances Levine, who had immigrated to the U.S. from Russia and Poland.  Along with her older sister Reene and her younger brother Herbert, both now deceased, Arline learned from her parents the lessons taught by many immigrants of the time to their children: become an American; get a good education; but never forget the Old World values of family, faith, and community.  These themes became the principles on which she based her life.

After graduating from Long Branch High School in Long Branch, New Jersey in 1950, Arline became the first member of her family to attend college—a moment of pride for her working class parents who, even then, spoke heavily accented English.  She began her collegiate experience at University of Miami in Florida, transferred to University of Southern California and University of California Los Angeles, and then returned to University of Miami to graduate with a B.A. in 1955.  Shortly thereafter, she met Morton Mayer, then an Army lieutenant stationed at Fort Monmouth, New Jersey, and they married in nearby Neptune, New Jersey on December 23, 1956.  The two were rarely separated for more than a day at a time for the next 64 years, and celebrated their 64th wedding anniversary less than two weeks before Arline passed away.

Over the next 17 years, Arline and her family moved around the U.S. in accordance with Morton’s educational and job requirements, living variously in Eatontown, NJ; Troy, NY; Northridge, CA; Pittsburgh, PA; Santa Monica, CA; and Richland, WA, before settling in Rockville, MD in 1973.  Along the way, the family expanded with the birth of daughter Karen in 1958, son Steven in 1959, and son Paul in 1961. Arline’s niece Barbra Gray (née Newton) was a frequent and enduring addition to the family as well.  The resulting demands on a young mother were considerable but did not prevent Arline from pursuing a career in education, beginning as an elementary school teacher, then serving as director of a nursery school and kindergarten, then training teachers and directing a Head Start program, and finally serving as a community college instructor and later a community relations specialist for a county public school system.  Concurrently, she volunteered for a variety of charitable and social organizations, always with a focus on young people, education, and/or Jewish organizations.  In this way she directed her formidable intelligence and considerable energy toward the values she had learned from her parents years before.

While her professional and philanthropic pursuits were challenging and rewarding, the source of Arline’s pride and her principal focus was her children and, subsequently, grandchildren.  No family member, friend, or acquaintance could escape Arline’s recitations of her children’s and grandchildren’s experiences, accomplishments, or most recent phone calls.  No birthday, anniversary, or holiday was complete without a handwritten card and, usually, a family lunch or dinner.  When Morton and Arline upended their lives in Maryland to move to Ventura, California about 20 years ago, they did so not to escape to a warmer climate but to live close to their daughter Karen and their then-infant granddaughter Maya.  And so the center of gravity of the family moved west with them.

Through her entire adult life, Arline remained enthusiastically curious about the world around her. She traveled extensively and, in later years, attended lectures, watched foreign films and documentaries, and avidly read about culture, history, and politics.  She and Morton also participated in organized folk dance and tennis groups and she swam daily well into her 80’s.  Cooking, baking, playing bridge, and participating in social and cultural groups were also sources of interest and joy for her.

As Arline aged, her interest and participation in Judaism strengthened.  She had always been an active member of Jewish temples, including Congregation Beth Sholom in Richland, WA, Temple Shalom in Chevy Chase, MD, and Temple Beth Torah in Ventura, CA, but the spirituality and traditions inherent to her religious beliefs became increasingly meaningful to her.  Before she passed away, she asked to be laid to rest in a traditional Jewish cemetery near her father, mother, brother and many other family members—Congregation Brothers of Israel Cemetery in West Long Branch, NJ. In this way, she reinforced once again the values of family, faith, and community on which her life was founded.

Arline delighted in people—meeting new ones, catching up with familiar ones, hearing about those she’d met previously through her family or friends.  She seemed to have an endless capacity to remember names, characteristics, and details of people she’d met years or even decades before.  Mainly, though, Arline loved her husband Morton, her three children, her grandchildren, her daughters- and son-in-law, her nephews and nieces, and the many other members of her family devotedly and without reservation.  The strength and constancy of her values live on through all of them and through her memory.

Funeral services will be held graveside at Congregation Brothers of Israel Cemetery, North Linden Avenue, West Long Branch, NJ at 11:00 am EST on Sunday, January 10.  In addition, a memorial service is planned for the spring of 2021 in Ventura, CA.  In lieu of flowers, the family requests consideration of a donation to any charitable organization that provides educational opportunities to disadvantaged children.

To leave a condolence, you can first sign into Facebook or fill out the below form with your name and email. [fbl_login_button redirect="https://wbhfh.com/obituary/arline-levine-mayer/?modal=light-candle" hide_if_logged="" size="medium" type="login_with" show_face="true"]
×