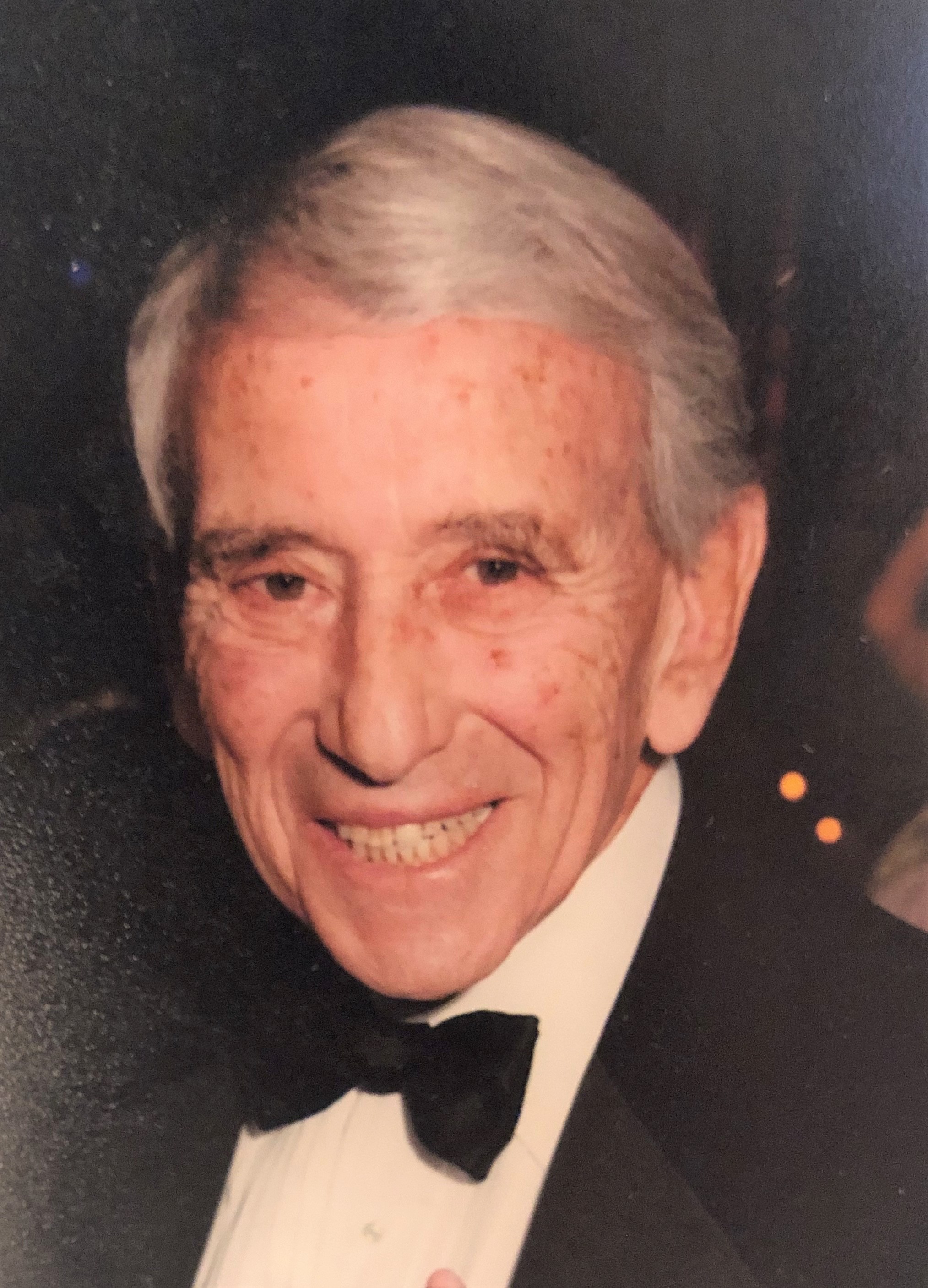 Due to COVID safety measures, services will be private.

Upon graduating from high school during WWII, Bernie enlisted in the U.S. Navy. He served as QuarterMaster, Petty Officer 3rdC in the Navigation division aboard the aircraft carrier U.S.S. Bon Homme Richard – part of Admiral Halsey’s Naval Armada supporting U.S. soldiers and Marines in the battles of Okinawa and the Japanese Home Islands. Bernie and fellow crew were awarded two stars.

In addition to private clients in residential and commercial land development, Bernie represented a number of municipalities, became involved in the formation of the Township of Ocean Sewerage Authority and was appointed its General and Construction counsel. In those years, one might have found Bernie anywhere from a construction trench in a hard hat, to Wall Street, meeting with bond counsel.

Bernie’s love of classical music knew no bounds. At the age of 8, Bernie’s study of the violin began. He was the Concert Master of the Asbury Park High School Orchestra and performed with the NJ All-State Orchestra. At age 15, Bernie was invited to join the Spring Lake Sinfonietta, where he played for many years beside 60 of the most accomplished senior musicians from the shore area.

Nothing was more rewarding, or near and dear, to Bernie than his family, with whom he enjoyed travel, celebrations, and the beach.

Recently, Bernie continued his law practice of more than 65 years, being so fortunate to be supported by his longtime legal secretary, Carolyn George, to whom he will forever be grateful.

Funeral arrangements will be handled by Woolley Boglioli Funeral Home. Due to COVID safety measures, a private graveside service and virtual shiva will be conducted in conjunction with Congregation Torat El of Oakhurst.

To leave a condolence, you can first sign into Facebook or fill out the below form with your name and email. [fbl_login_button redirect="https://wbhfh.com/obituary/bernard-d-karasic/?modal=light-candle" hide_if_logged="" size="medium" type="login_with" show_face="true"]
×

Due to COVID safety measures, services will be private.