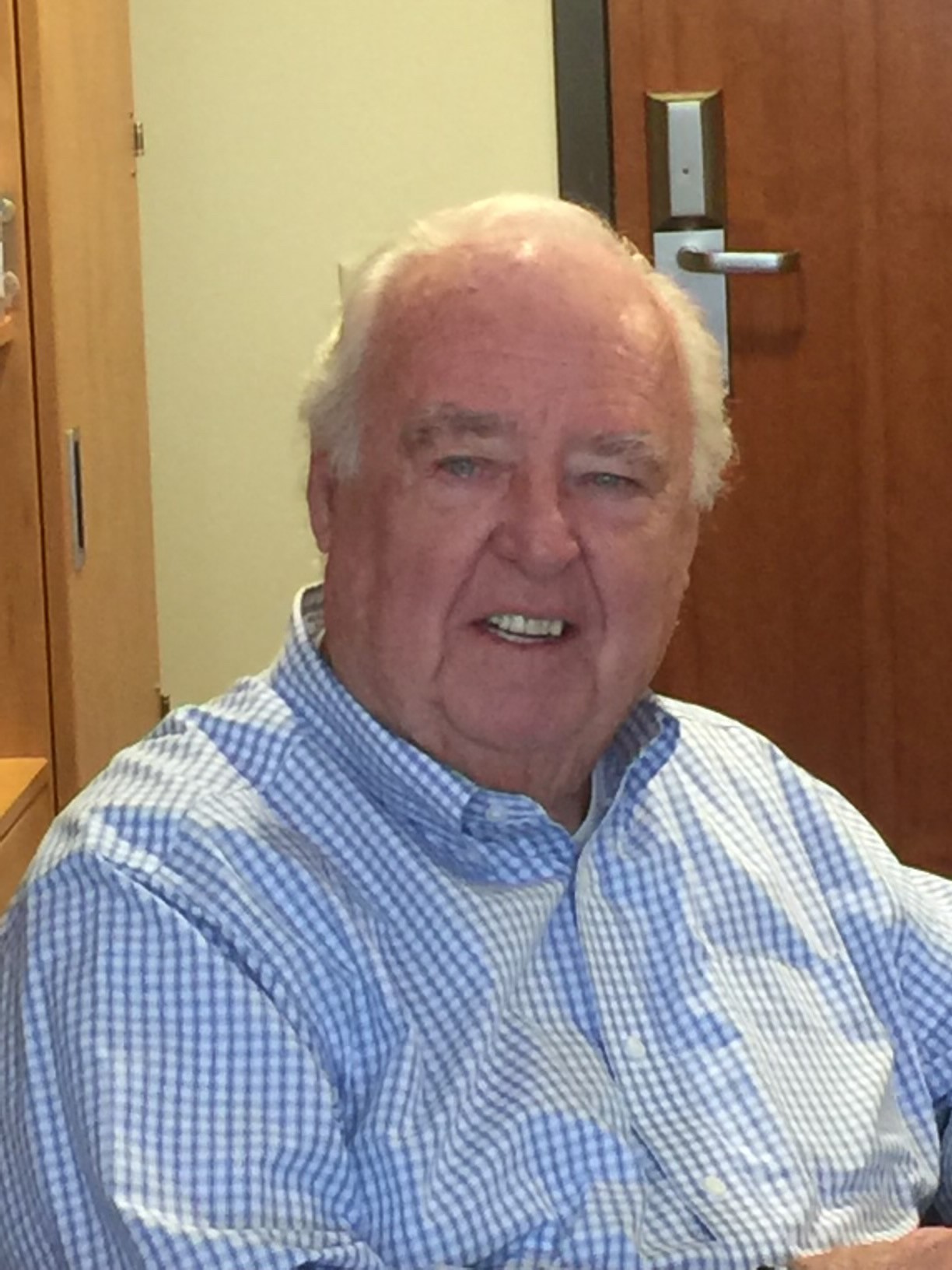 Bernard John Dorrian, age 86, of Lincroft, New Jersey died on January 25, 2022 surrounded by his family. He was the loving son of Joseph and Susan (Travers) Dorrian of County Donegal, Ireland. He was predeceased by his loving wife Dee (Dolores Redmond) in 2005, after 43 years of marriage. He is survived by his brother Joseph of Greenville, SC and by his niece Susan Rogers of Stamford, CT, and by his nephew Brian Rogers (Cathy) and their sons Danny and Keiran, of New Canaan, CT.

Bernie loved and treasured his three daughters, Erin Dorrian of Lincroft, NJ, Tara Butler of Rumson, NJ, and Kelly Ward of Colts Neck, NJ. He was most appreciative of his sons-in-law, Matt Butler and John Ward. He was the grateful, loving, and proud grandfather of Kevin and Brendan Loesch, Brian and Sean Butler, and of Connor, Liam and Maggie Ward. He tried to teach them to have faith in God, to have a strong love of their family, their country, and of their Irish heritage. He taught them to value ambition, to have a never-give-up attitude, and to practice a strong moral and ethical lifestyle.

Bernie was born and raised in the south Bronx. He graduated from Cardinal Hayes High School in June of 1953 and went to work for Blue Cross Blue Shield of New York the following day. He enlisted in the U.S. Army in May 1955 serving overseas and was then discharged in May 1957. Upon discharge, he resumed his former employment and, in September, enrolled in the night school division of Fordham University in lower Manhattan. While working full time during the day and attending classes four nights a week, he completed the seven year program and graduated in June of 1964 with a Bachelor of Science degree in Marketing. In 1965, he then went to work for Phoenix Mutual Life Insurance Company as Group Manager and retired in 1992. He then joined Mid Atlantic Resource Group in Wall Township to develop their group benefits division. After a very successful 39 year career in the insurance industry, he fully retired in 2004.

Throughout his working years, Bernie volunteered with the Middletown Human Rights Commission and with various other local charities and organizations. For twelve years he was a volunteer Chaplain at New Jersey State Prison in Trenton. On a weekly basis he ministered to the inmates by walking the cellblock tiers and visiting the inmates at their cells, offering them spiritual counsel. When no longer able to physically visit them, he continued his ministry by phone and by mail up until his death.

There are people in this world who have the ability to make a lasting impact; Bernie was undeniably one of those people. He was an extremely humble man whose only desire was to give to others and brighten the lives of the people around him. He never measured his value by the things he owned but by what he could do for others. He had a beautiful soul with a sense of optimism and empathy that was truly infectious. He is leaving behind an amazing legacy that will be carried on through the memories, love, and laughter he shared with his friends and family. We were blessed to know him, thankful to have loved him, and forever grateful he is resting in eternal peace.

Visitation is from 2pm to 5pm on Sunday, January 30th at the Holmdel Funeral Home in Holmdel, NJ. A Funeral Mass of Christian Burial will be celebrated at 10:15am on Monday, January 31st at Saint Mary’s Church, One Phalanx Road in Colts Neck. Cremation and interment will be with his predeceased wife at Saint Gabriel’s Cemetery at a later date. In lieu of flowers, a donation would be appreciated in memory of Bernie to the Saint Labre Indian School in Ashland Montana. www.give.stlabre.org.

To share a favorite memory or send a message of condolence please visit his page of tributes at www.HolmdelFuneralHome.com.

To leave a condolence, you can first sign into Facebook or fill out the below form with your name and email. [fbl_login_button redirect="https://wbhfh.com/obituary/bernard-j-dorrian/?modal=light-candle" hide_if_logged="" size="medium" type="login_with" show_face="true"]
×