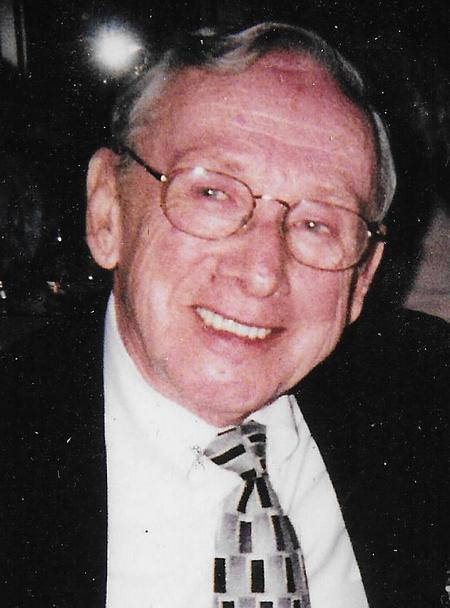 Charles Carroll, 83, a longtime resident of Aberdeen Township, passed away on December 19th after a long battle with complications following surgery in July. Until the end, he showed his family his strength and resolve to live and a determination to win. He rallied from several significant setbacks but ultimately, his complications became too much to overcome and he finally lost the battle. He was a man who loved his family, his friends and his Church and was happiest when engaged with them. He was kind, generous and truly believed in giving back and sharing what he had. While a man of only moderate means, and living on a fixed income in retirement, he continued to give generously to his church and his favorite charities until the end. He was a good man from very humble beginnings who lived the American dream in all its forms. Born in 1930 as the youngest of 5 children of James and Caroline Carroll, Mr. Carroll was a lifelong resident of New Jersey, growing up in Jersey City and moving to Matawan/Aberdeen in 1963 where he lived out the rest of his life. He was drafted into the Army in 1951 and had a wonderful experience as the assistant to 2 Star General Hayes based in Salzburg, Austria. He traveled extensively through Europe and looked forward to returning, as he was able to do in retirement with his beloved wife, Adrienne. After the Army, he attended and graduated from St Peter's College in Jersey City and began his career in Manhattan at Sinclair Oil where he soon met Adrienne Hulse, whom he married in 1957, and lived happily with for the next 56 years. They had 4 children who then blessed him with 6 grandchildren. He went on to work at the Milton Can Company in Elizabeth, NJ for 27 years and from where he retired in 1996. He was a congregant for more than 50 years at St Benedict's Church in Holmdel. He was a very active member and was involved in numerous ministries over the years – Lector, Usher, Altar Server ('America's Oldest Altar Boy'), CCD teacher, lay Eucharistic Minister and longtime volunteer and manager of the Food Pantry, work for which he was recognized by the parish upon his retirement. He and Adrienne truly enjoyed their retirement. He spent a great deal of time doing volunteer work and they traveled to Europe and throughout North America. He was active in later years in the Knights of Columbus (where he became a 3rd Degree Knight) and the local VFW chapter. He was an avid baseball fan and made it an important part of the family's life. A long-suffering Mets fan, he loved taking the family to games from the time his kids were young all the way to the last game he attended two seasons ago with his grandchildren. It was a special day – one of many spent at the ballpark. He is survived by Adrienne, his loving wife of 56 years, daughter Mary Dougherty and husband Kevin, daughter Cathy Carroll and fiancé Joe McCann, son John and wife Kim, daughter Cornelia, 6 grandchildren and his sister Jean Kurtz. We will miss you Honey, Sweetheart, Dad, Pop, Charlie . . . until we meet again Visitation will be held Sunday from 2:00 to 6:00PM at the Holmdel Funeral Home 26 South Holmdel Road, Holmdel. A Mass of Christian Burial will be offered Monday 10:30AM at St. Benedict R.C. Church 165 Bethany Road, Holmdel. Interment will be in St. Gabriel's Cemetery, Marlboro In lieu of flowers, please make donation in his name to the American Lung Association 1031 Route 22 West, Bridgewater, NJ 08807

To leave a condolence, you can first sign into Facebook or fill out the below form with your name and email. [fbl_login_button redirect="https://wbhfh.com/obituary/charles-j-carroll/?modal=light-candle" hide_if_logged="" size="medium" type="login_with" show_face="true"]
×