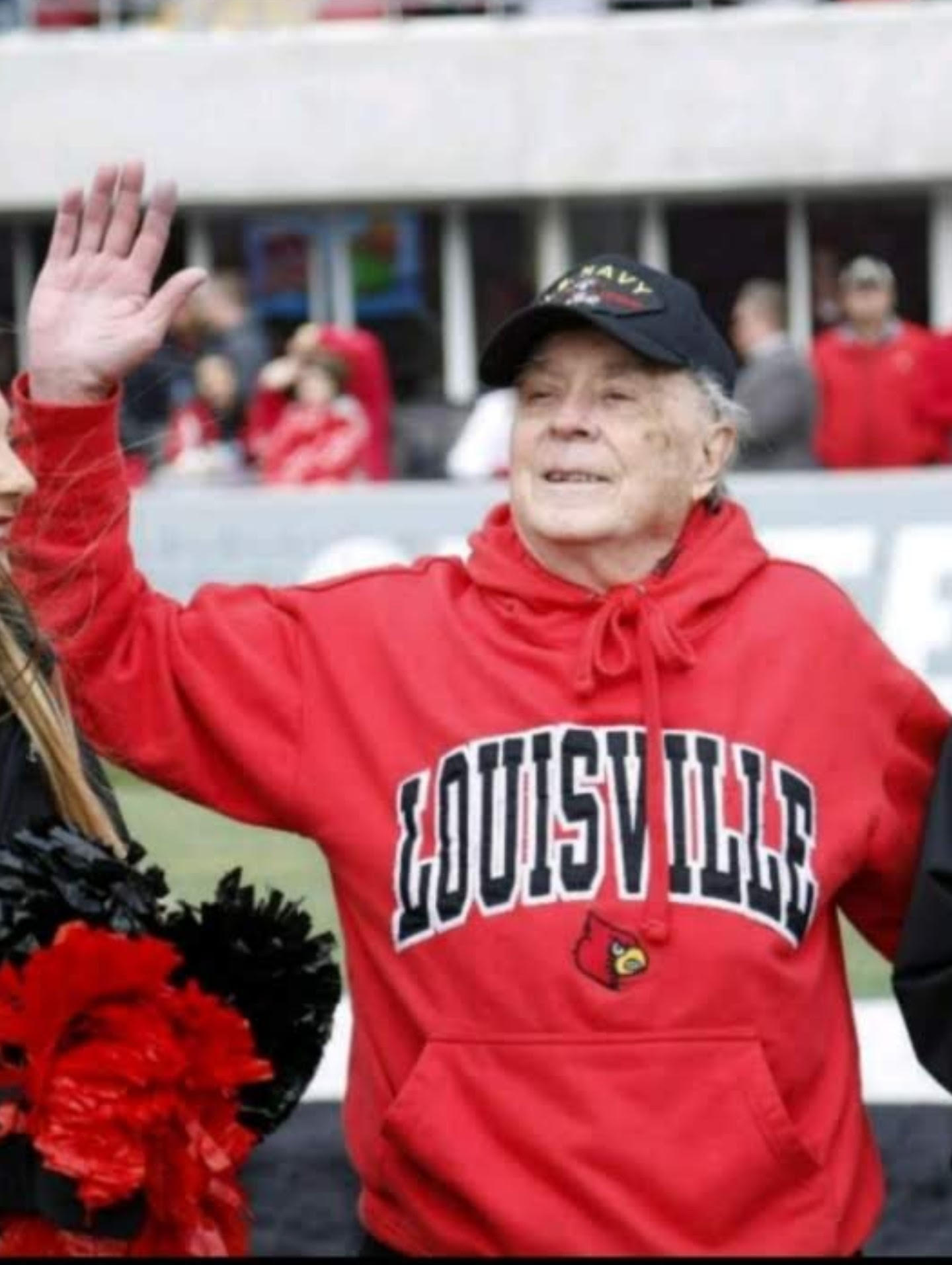 Dr. James J. Hagan, PhD, born September 13th 1926, was a man of respect and loyalty. Although born in Baltimore Maryland, James lived the majority of his childhood in Cedar Grove, New Jersey. He was an avid boxer and would often set up boxing rings for mock fights with his friends. This seemed to be somewhat of a passion for James growing up, and eventually led to a local Golden Gloves lightweight champion title. At age 17 he enlisted in the U.S. Military. While serving in the Navy during WWII, he was assigned to a radar scrambling heavy cruiser called the USS Louisville (nicknamed “Lady Lou”) which operated off the coast of Japan. When describing the ship, James would always mention the huge guns attached to the sides, which hurt his ears whenever they fired. Despite his blaring surroundings, he played Reveille on the bugle early in the mornings to wake the troops. During post war duties, the USS Louisville supervised the evacuation of allied prisoners of war and escorted surrendered Japanese ships. The USS Louisville’s Captain brought the troops, including James, onto Japanese soil and accepted their surrender. The ship then brought the troops back home and James returned to civilian life.

After the war James began his undergraduate education at Upsala College where he received his Bachelor’s degree.  He was also president of his fraternity and was a member of the spirit team, cheering at football games. His path through and to his academic accomplishments was long and winding. From Upsala College, he moved along to Rutgers for a Masters in Microbiology. Continuing with research work, he then took a job at Lederle Laboratories in Pearl River, New York, and it was there at a work function that he met Ida Costigan, who he soon married and lived the next 60 years of his life with. Then James and Ida Hagan were off to Florida State University where they welcomed their first child, Alice, into the world, followed by the University of Minnesota where James worked under incredible instructors, including Paul D. Boyer, who later went on to receive a Nobel Prize for his work on the biosynthesis of ATP. James turned down an offer to join his esteemed colleague in moving to UCLA, because he wanted to stay closer to his family in the eastern part of the states. So next it was on to the University of Louisville where James received his PhD in Research Biochemistry. Along with his wife and child, he fell in love with his final alma mater, and his devotion always remained at that school beside Churchill Downs. Being a proud Alumnus, James loved college sports.  Basketball was one of his favorites to watch, proudly rooting for the Louisville Cardinals. In 2018, James was honored on the Cardinal Football Field as a WWII Veteran, and accomplished alumnus. His title was “Member of the Game.”

Along his academic path James had been accepted into Columbia University Medical School, but instead, he decided to earn a PhD in biochemistry and help find solutions to medical issues by focusing on and contributing to groundbreaking discoveries. He holds ten patents and published 38 scientific papers. Two of his well-utilized patents include a blood clotting factor solution used for hemophiliacs, and Prohance which is a contrast agent used in MRIs, and to this day still has the least number of side effects.

Even with all his professional accomplishments, family remained central for James. It was important for him to vacation with them every year. From seal watching in Maine and ski getaways in Vermont, to summers fishing and crabbing in the Catskills and in Florida, James made many memories with his family. During free time at home, the Hagans would attend horse races, which was an enjoyable pastime for all. His daughters grew up with an affinity for racing, having exciting days at “The Track.” They would attend Breakfast at Monmouth and visit Belmont and Saratoga in upstate New York. Beyond horses, James loved animals and he modeled that for his children. He supported non-profit animall groups and he and his family always had pets, including four Golden Retrievers and many cats over the years. A typical day for James after his retirement would be to walk the dog, feed the pets, and watch the birds feeding on seed outside his kitchen window. There were also numerous accounts of witnessing the wild turkeys and deer that came into the yard.

In his final days, James was not afraid of death. He would always say “that’s just life” whenever he began to fall ill. Above all else, his love for his family was strong. James was the type of man who lived for others, despite being able to accomplish so much himself. Even at 94 years old, James was still walking without assistance and driving to run errands as he pleased. On his deathbed, he only wished to be with his children, grandchildren and especially with his wife Ida, whom he loved more than life itself. He was a unique combination of tough and tender. On April 2nd of this year, James passed away. His family lost the man who held them all together. He will be greatly missed. James is survived by his wife, Ida, daughters Alice Dean, Caroline Visser, and Anne Fundner, and nine grandchildren (from 22 to 5 years old): Matthys Visser, Christopher Dean, Skylar Visser, Hagan Visser, Weston Fundner, Piper Visser, Warren Fundner, Kate Fundner, and Eli Fundner.

To leave a condolence, you can first sign into Facebook or fill out the below form with your name and email. [fbl_login_button redirect="https://wbhfh.com/obituary/dr-james-j-hagan/?modal=light-candle" hide_if_logged="" size="medium" type="login_with" show_face="true"]
×