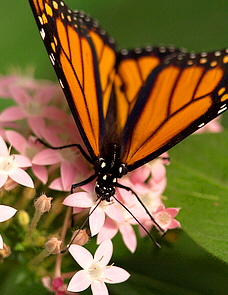 Born the youngest of five to A.F. Hau and T.S. Fang in Shanghai, China, on August 27, 1930, she lived with her family on Nanking Road during the Japanese occupation of World War Two. Following the war, in the midst of the Chinese Communist Revolution, she was forced to leave her parents as she escaped to Macau.

Elsie subsequently acquired passage to Canada where she completed her education and received her medical degree at the University of Saskatchewan Medical School in 1959. Her postgraduate training began with an internship at Vancouver General Hospital. She then was accepted to a residency in pediatrics at Philadelphia General Hospital and emigrated to the United States. This was followed by a fellowship in neonatology at Thomas Jefferson University Hospital. After her training, she accepted a position at Temple University and later departed academic medicine for Saint Joseph’s Hospital in Philadelphia. While at Saint Joseph’s, she served as the director of the emergency department and also took responsibility for the pediatric clinic. She completed her medical career at Nazareth Hospital and retired in 1997.

She will be remembered for her selfless dedication to helping others, her brilliant mind, her infectious laugh, and as a devoted and loving mother.

Elsie is survived by her son Clifford Timothy and his wife Arzu; her daughter Janice; and 3 grandchildren, Victor, Lara and Caitlyn. Memorial contributions may be made to the University of Saskatchewan Medical School or to LunchBreak of Red Bank.

To leave a condolence, you can first sign into Facebook or fill out the below form with your name and email. [fbl_login_button redirect="https://wbhfh.com/obituary/elsie-h-chu/?modal=light-candle" hide_if_logged="" size="medium" type="login_with" show_face="true"]
×