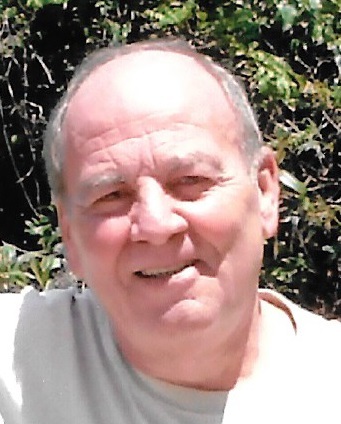 George A. Boyton, 65, of Old Bridge passed away on Tuesday afternoon, January 5, 2016 at Robert Wood Johnson Medical Center in New Brunswick. Born in Summit, NJ, he grew up in Cliffwood Beach and graduated from Matawan Regional High School. He later moved to Old Bridge where he resided for the past 37 years. For over 41 years, George worked as a branch manager for Potter Roemer, a fire protection company in Union. He was a very loyal fan of the NY Jets and he enjoyed bowling, golfing and NASCAR. He loved his family, especially his grandchildren. He was predeceased by his loving wife, Peggy, just a year ago and survived by his son Douglas and his wife Becki, his son Christopher and his wife Jamie and his grandchildren, Chastity, Lillian, Abigail and Logan. He is also survived by his brothers Gary and his wife Linda, Steven, Richard, and James, his sisters Ruthann Connelly and her husband JC, and Maryann Faccone and her fiancé Russell Kizima, his mother-in-law Mary Menzel, sister-in-law Catherine Menzel, brother-in-laws Karl Menzel and his wife Lisa and Dan Ottesen and many nieces, nephews, great-nieces and great-nephews. He was also predeceased by his parents Rose and Harry Boyton, a sister Mary Ellen Boyton, his father-in-law William Menzel, sister-in-law Carol Lynn Ottesen and brother-in-law Douglas Menzel. Visitation will be on Saturday, January 9th from 2:00 pm to 6:00 pm at the Holmdel Funeral Home, 26 South Holmdel Road, Holmdel, NJ. Cremation will be private. To share a memory of George, please visit www.holmdelfuneralhome.com

To leave a condolence, you can first sign into Facebook or fill out the below form with your name and email. [fbl_login_button redirect="https://wbhfh.com/obituary/george-a-boyton/?modal=light-candle" hide_if_logged="" size="medium" type="login_with" show_face="true"]
×