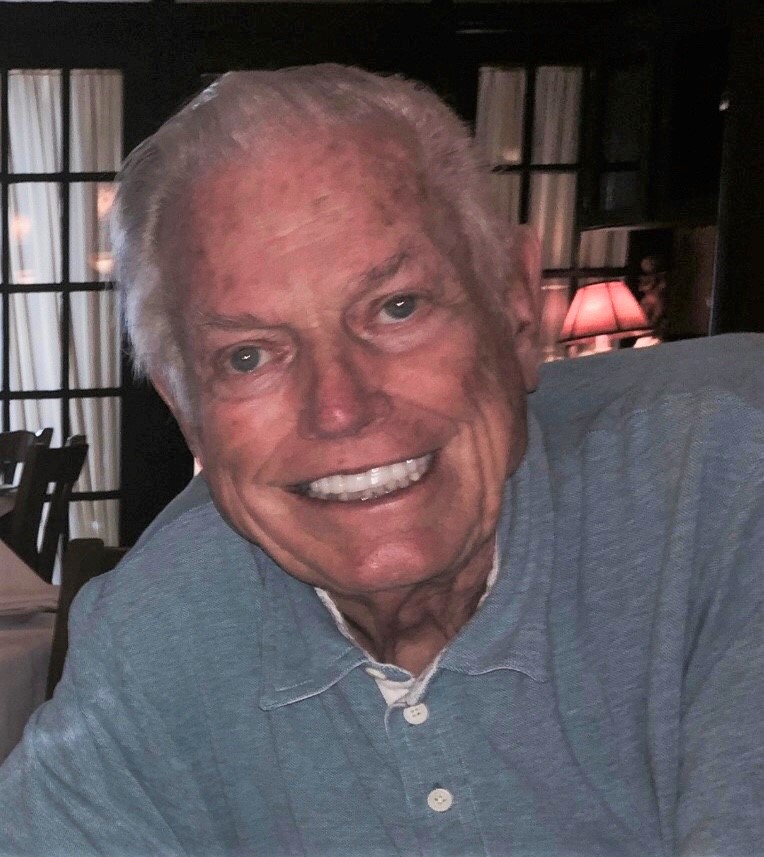 James Francis D’Orsi of Spring Lake, New Jersey and Naples, Florida entered eternal life on July 31, 2021, in Naples, Florida.  He was born in 1935, in Long Branch, New Jersey and was raised in Port Reading, New Jersey.  His parents, Gennaro and Almeda D’Orsi created and owned D’Orsi’s Bakery in Port Reading which was famous for delicious Italian bread, jelly donuts and cakes. Jim worked on the bakery’s bread truck early in his career.

Jim graduated from Woodbridge High School in Woodbridge, New Jersey in 1953.  In the 1960s, his former father-in-law, John Sitar, brought him into the Shop Rite business.  For over 40 years Jim was an entrepreneur and supermarket owner with Wakefern Food Corporation and Shop Rite Supermarkets.  He also owned two Shop Rite liquor stores.

Jim and his family resided in the Country Woods development in Holmdel, New Jersey.  His children attended the Holmdel schools and his sons attended Christian Brothers Academy for high school.  Jim was a great supporter of Christian Brothers Academy over the years and enjoyed brightening up the Christmas holidays for the brothers with gifts from his liquor store.  The brothers applauded him for his Yuletide “spirits.”

Jim developed many passions over his long and interesting life. He enjoyed skiing and made sure his children learned how to ski.  The family belonged to Hidden Valley ski club in Vernon, New Jersey and regularly took ski trips to Colorado, Utah, and Vermont.  Jim’s passion for skiing was passed on to his children and then to his grandchildren, who are expert skiers and ski racers. He loved cars, loved driving, and loved smoking a pipe while driving (he smoked nowhere else); he had an uncanny sense of direction and would challenge himself by deliberately getting “lost” on remote backroads.

Jim was a connoisseur of good food.  He enjoyed dining out in New York and at the Jersey shore.  Some of his favorite restaurants included the Brass Bucket, the Belmont Tavern, Mr C’s and Jimmy’s in Asbury Park.  He loved his pizza “thin and well done.”  He expected his food to be served piping hot and often sent it back if it was not, which did not endear him to the waiters and cooks.

Jim was a passionate New York Giants fan and a regular season ticketholder for over 60 years.  When his children were young they would go to games and visit the Giant bus from Paulie’s Bar in Port Reading, where Giants players would visit and sign autographs after the game.  Jim loved attending the Super Bowl each year and went almost annually with his sons and his nephew, Evan Sitar.

Another passion was horse racing, especially trotters. Jim owned horses Miracle Mark and Sam Short and enjoyed watching them race at the Meadowlands.

Jim lived life to the fullest and enjoyed his family and friends.  He was fiercely independent and did everything he did “my way.”  He was a quintessential “Jersey” guy and loved the state of New Jersey and everything about it. He was generous in spirit and could always be counted on whenever he was called upon by his children and friends alike.

Jim is survived by his three children, Laura D’Orsi (David Bauman), Christopher D’Orsi (Cathleen Butler D’Orsi) and Jonathan D’Orsi (Tara Dillon D’Orsi) and his six grandchildren, Nicholas and Alexandra Bauman, Drew and Ryan D’Orsi, and Grant and Hope D’Orsi; his wife, Karen (Coons) D’Orsi; his brother, Joseph D’Orsi (Lori), his best friend, Zoltan Milak and numerous cousins and friends.  The family would like to thank the caregivers who assisted Jim over the past several years.  In lieu of flowers donations can be made to Christian Brothers Academy, 850 Newman Springs Road, Lincroft, New Jersey 07738, attention Joan Foote; be sure to include on the check that it is a donation in the name of James D’Orsi or to the James D’Orsi Memorial Scholarship which will be set up in his name, c/o Laura D’Orsi, Esq., Law Offices of Laura M. D’Orsi, 189 East Bergen Place, Red Bank, NJ 07701.

Jim’s children are holding a memorial mass in his honor at St. Catharine’s Church, Holmdel, New Jersey on Friday, August 13, 2021 at 9:15 am.

To leave a condolence, you can first sign into Facebook or fill out the below form with your name and email. [fbl_login_button redirect="https://wbhfh.com/obituary/james-francis-dorsi/?modal=light-candle" hide_if_logged="" size="medium" type="login_with" show_face="true"]
×