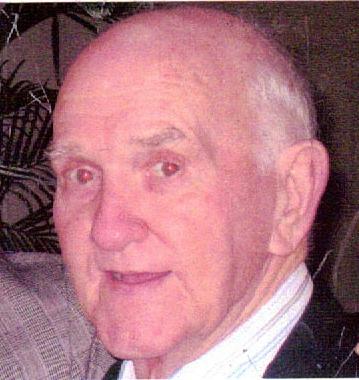 James G. Jones, age 87, of Freehold, NJ passed away peacefully at home on (Day). Beloved husband for 39 years of the late Margaret A. Jones (nee Crombie). Born in New York City, he moved to Hazlet in 1954 before moving in with his daughter and family in 2006. James was extremely proud of his two and a half years of service in the US Army during World War II, where he was awarded five service medals during battles after the D-Day invasion in 1944. He completed his service in the Philippines returning home Christmas Eve 1945. He was a member of Teamsters Local 560 and retired from Johnson Motor Lines in 1980. James is predeceased by his parents, brothers, William, John, Francis, Joseph and sister Rose Marie Hayden. He is also predeceased by granddaughter, Jessica Lynn McCammon. He is survived by daughters Maureen Guttierrez and husband John, Peggy McCammon and son in law Steve, son James M. Jones and wife Laura, daughter in law Susan Jones- Sutton and husband Bart. He is also survived by, and was most proud of his grandchildren, Dawn and Michael Guttierrez, Ashley, Kaitlyn and Matthew McCammon, and Ryan and Kristen Jones. Viewing will be Saturday, April 2nd from 10:30AM until the start of the Funeral Service at 12:00PM at the Holmdel Funeral Home, 26 South Holmdel Road, Holmdel, NJ 07733. Entombment will be in the Holmdel Cemetery Mausoleum. In lieu of flowers, donations in his memory can be made to The Juvenile Diabetes Foundation (JDRF), 740 Broad Street, Shrewsbury, NJ 07702

To leave a condolence, you can first sign into Facebook or fill out the below form with your name and email. [fbl_login_button redirect="https://wbhfh.com/obituary/james-g-jones/?modal=light-candle" hide_if_logged="" size="medium" type="login_with" show_face="true"]
×