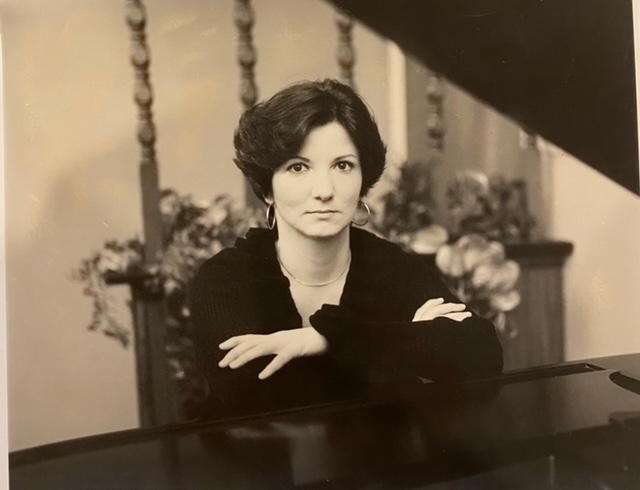 Mrs. Alessi was a lifelong resident of the Shore area as well as being a parishioner of Holy Trinity R.C.  Church, Long Branch. Janet graduated from Montclair State College with a degree in Music Education, majoring in piano.  While at Montclair, she was a member of Delta Omicron Pi Sorority. She earned the coveted position to play with  the N.J. State Symphony Orchestra and performed  the Schumann Piano Concerto #3 Cesar Franck Symphonic Variations. She later studied with  Murray Present and Ingrid Clarfield.  She was active as a pianist and performed locally in benefit concerts and as an accompanist.  She had a private piano studio and taught for many years.   Her passion was music, and she was a gifted pianist.

Janet was predeceased by her husband, Alexander Alessi, in 2011, and her sisters, Mary Ann Lucia Miller and Ellen Lucia Johnson.

Surviving is her daughter, Kristine Alessi, Ocean; and her son and daughter-in-law, Mark and Michelle Alessi, Oakhurst;  two brothers and sisters-in-law, Charles “Lolly” and Terry Lucia and Anthony and Margaret Lucia; her brothers-in-law, Glenn Johnson and Gordon Miller; five grandchildren, Ashley, Thomas and Nicholas Alessi and Marion and Elizabeth Riley.

Visitation is Sat. March, 6th at 8:30 a.m. until the funeral service begins at 9:45 a.m. to be followed by the mass of Christian burial at 10:30 a.m. at Holy Trinity R.C. Church, Long Branch. Interment will follow at Mt. Carmel Cemetery, West Long Branch. In lieu of customary remembrances, the family requests with gratitude that contributions in Janet’s name be directed to the S.P.C.A., 260 Wall Street, Eatontown, NJ 07724.

Kindly note, for the health and safety of all guests, current state protocols of social distancing and facemasks are required at the funeral home and at the church.

To leave a condolence, you can first sign into Facebook or fill out the below form with your name and email. [fbl_login_button redirect="https://wbhfh.com/obituary/janet-l-alessi/?modal=light-candle" hide_if_logged="" size="medium" type="login_with" show_face="true"]
×