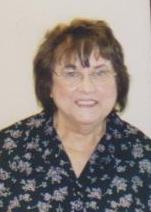 Janet M. Aschettino, 79, of Long Branch, passed away peacefully at home on July 25th, surrounded by her family. Janet was a kind and loving person who always placed others before herself and would readily lend a helping hand.

She will be remembered for her generosity and her ability to see the positive in everyone. Janet was incredibly family oriented. She raised three kids and then actively participated in the lives of her grandchildren. She attended every event that her grandchildren were involved in. She also was an avid giraffe collector and plant lover.

She is predeceased by her mother and father, Florence and Harry Larson. She is survived by her brother, Leonard Larson of North Little Rock, Arkansas, as well as her children, Sheri and her husband Stuart Isler of Kinnelon, Alan and his wife Joy Aschettino of Ocean Township and Mark and his wife Dana Aschettino of West Long Branch. She is also survived by her 7 grandchildren Andrew, Gina, Alan Jr., Liza, Ava, Felicia and Isabella.

Visitation Tuesday, July 31st 4 to 8 PM at the Woolley-Boglioli Funeral Home, 10 Morrell Street, Long Branch, NJ 07740. A Mass of Christian burial on Wednesday August 1st at 10 AM at St. James Episcopal Church, 300 Broadway, Long Branch, NJ 07740. To share a favorite memory or messages of condolence for the family, please visit Janet’s page of tributes at www.woolleyboglioli.com .

To leave a condolence, you can first sign into Facebook or fill out the below form with your name and email. [fbl_login_button redirect="https://wbhfh.com/obituary/janet-m-aschettino/?modal=light-candle" hide_if_logged="" size="medium" type="login_with" show_face="true"]
×