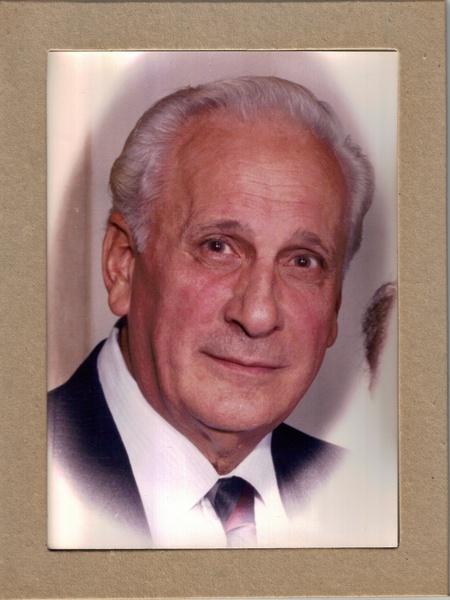 We have published a Biography of Mr. Baldo here written by one of his daughters Diane Elizabeth DeMuth. John Baldo was my Dad, and I am his oldest child. For whatever reason, I don't know much of his life in New Jersey, but I can speak to his life in Brooklyn: for fifteen magical years, I loved living there with my Dad. He made time for everything: his job at the Garden, his bar, bringing blueberry pie home to his wife so they could have tea together, and his kids – he loved taking us places. There was an amusement park in Sheepshead Bay with a great rollercoaster, and he and Mom would let us go on again and again and again: they stood shoulder to shoulder holding a huge roll of tickets, smiling, shaking their heads at how many times we would plead to go round and round. There were countless trips to Coney Island, Anthony Wayne State Park, the Chinese Restaurant where they called him Mr. John, and shopping trips to Delancey Street to get clothes every September: he was a great bargainer with a mad face and a slow wallet. I loved most of all the times alone with my Dad, Johnny Boop. We went to the Sanders Movie Theater and later to Haberman's because Dad had to have a Houten chocolate bar. We would walk home or to Aunt Lena's or to see Nanny or Aunt Tessie or Aunt Mae, and everyone sitting on stoops would wave and say hello to John or Johnny or Johnny Baldo or Boop or Johnny Boop: he went by so many names and answered with a smile to all of them, and he stopped and chatted with anyone that called out to him and then moved to the next stoop. Everyone seemed to love him, and I felt I was with the most important man that ever lived. He also took me to the Grand Army Plaza library to get my library card when I was ten years old and picked out my first library book, The Adventures of Tom Sawyer. He asked me many times that week what that book was about, and he listened when I told him, and he reminded me to walk to the library to bring the book back because it belonged to them: in all the years of my life, I was never late returning a book. One of my favorite memories was St. Joseph's Day: Dad told me to walk to the bar and not home, and I would meet him, and we would go in this house that I used to think of as the Holy House, and we would kneel and pray near a big statute of St. Joe, and Daddy would make a donation and get a loaf of bread to bring home to Mom. Dad was very serious in this place and would always say it was an important day. To this day, March 19 is important to me, and I always think of St. Joe as Dad's saint. I could fill pages with memories like these: the dresses with the polka dots and the inner tube that he bought for the twins for Easter; that I only saw Daddy cry twice in his life – when his father died and when John was born; that he smelled like elephants to me when he came home from work; and that he always carried his keys in his mouth when he walked to the house from the car. I am 63 years old, and my Dad is the best man I ever knew in my entire life. He gave his life for his family to have a better one; it was all that simple and that gracious. I am proud to be his daughter and to carry these memories, and so many more, of him. Daddy, I will love you forever, and I will see you again on the other side. Diane Baldo DeMuth ******************************************************* John 'Boop' Baldo, was born in Brooklyn, New York on March 11, 1923. He attended Manual High School and eventually owned Boop's Bar in Park Slope, Brooklyn. John later became a security guard for the Brooklyn Dodgers at Ebbets Field and Madison Square Garden where he eventually became Chief of Security. He retired in 1988. John was a World War II Veteran serving with the United States Coast Guard. Upon his return home, he went on a blind date and met the love of his life, his future wife Ida. They married in 1947 and have been together for 66 years. Boop loved the New York sports teams. He followed the Mets, Knicks, Jets and Giants but his favorite was his beloved New York Rangers. He is survived by his wife Ida, their children Sandra O'Reilly, Lynn DiMatteo, John Baldo and his wife Diane, Elizabeth Perulli and her husband Larry, Diane DeMuth and her husband Nick, Geraldine Childers, and 11 grandchildren and 4 great-grandchildren.

To leave a condolence, you can first sign into Facebook or fill out the below form with your name and email. [fbl_login_button redirect="https://wbhfh.com/obituary/john-a-baldo/?modal=light-candle" hide_if_logged="" size="medium" type="login_with" show_face="true"]
×