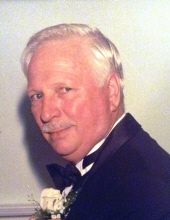 John was born and raised in Newark, graduating from Westside High School, earning his Associate Degree and four years of Apprenticeship in Carpentry. He then lived in South Orange moving to Basking Ridge 30 years ago. John served his country honorably in the U.S. Army for 6 years. John was a Professional Firefighter for the City of South Orange for 25 years. He also owned and operated John Bomensatt & Son Construction Company for many years.

To leave a condolence, you can first sign into Facebook or fill out the below form with your name and email. [fbl_login_button redirect="https://wbhfh.com/obituary/john-f-bomensatt/?modal=light-candle" hide_if_logged="" size="medium" type="login_with" show_face="true"]
×